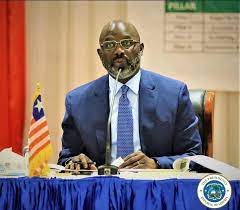 The President of the Republic of Liberia, Dr. George Manneh Weah, has set yet another first-time-in-history record with the signing into law of a number of iconic bills towards spurring national inclusiveness and the fight against graft and corruption in the country.

The Bills enacted into law as of the President’s signature appended, include Dual Citizenship, which many political regimes before him shrugged despite public outcries about their discriminatory natures. The President signed into Law the Alien and Nationality Law relating to Citizenship and Restoring the Citizenship Rights Lost As A Consequence of erstwhile legal Provisions.

The Dual Citizenship Bill signed by the President allows Liberians in the Diaspora to remain citizens after acquiring another nationality.

Also, the Bill states that those having dual citizens status will however be barred from serving as president, minister of finance, central bank governor or holding high-level positions in the national security or law enforcement sector.

Another historic Act is the Revenue Sharing Law of Liberia promoting decentralization and economic inclusiveness across the country.

He also signed into law the Act to Establish the Liberia Anti-Corruption Commission and to Re-establish the Liberia Anti-Corruption Commission, Financial Intelligence Agency Act, and the Anti-Money Laundering, Terrorist Financing, Preventive Measures, and Proceeds of Crimes Act, An Act to protect witnesses to be Known as Witness Protection Act of 2021 as well as the Act to Protect Whistleblower Act of 2021 (July 29).

The Bills signed by President Weah at different time intervals between June and July 2022 are intended to provide adequate legal leverages and perimeters in line with the changing developments in the governance process of the country.

Also signed into law by President Weah is An Act to ratify the Investment and Incentive Agreement between the Republic of Liberia and Liberty Investment Limited, An Act to Amend the Public Law to Establish the National Center for the Coordination of Response Mechanism, and An Act to Amend sub-sections 1,2(Q), 1,3,5, 1,4,3, 1,8,6,7,2 and 14.10.1.14 of An Act to further amend part I (The business) Corporation Act) and Part III (Partnership and Limited Partnership Acts) of the Association Law, Title 5, Liberian Codes of Law Revised.

Also signed into law are an Amendment to Chapter 16 of the Criminal Procedure Law to Provide for Plea Bargaining, an Act to amend section 36 of the Judiciary Law Title 17 of the Liberian Code of Laws Revised to provide for the Appointment of Additional Relieving Judges for the Circuit Courts, An Act to Ratify the Agreement for the Encouragement and Protection of Investment between the Republic of Liberia and the OPEC Fund for International Development (OFID) and an Act to Amend Section 12.1 and 12.2 of Chapter 12 of the Criminal Procedure Law Title 2, Liberian Code of Laws Revised, to and provide for a new Standard on Preliminary Examination in Cases above the Tribal Jurisdiction of Magistrates Justice of Peace.