The leadership of the House of Representatives has told political appointees to steer clear of party primaries as stipulated in the disputed Section 84(12) of the Electoral Act, as it expressed optimism that the Independent National Electoral Commission (INEC) will end in its preparation for the 2023 general election. 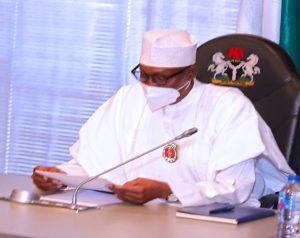 Chairman, House Committee on Media and Public Affairs, Honourable Benjamin Kalu, disclosed this during the post-legislative weekly briefing in Abuja, adding that the Electoral Act is still active. Kalu also disclosed that the House will appeal the judgment of a Federal High Court in Umuahia, Abia State, that ordered the deletion of Section 84(12) by next week.

While expressing his view on the fate of political appointees ahead of the forthcoming primaries, Kalu said: “Speaking as a party person and not as House spokesman, if you know that you fall under the bracket as stipulated in Section 84(12) of Electoral Act, it’s better for you, whether you’re in party A or B, to steer clear till this issue is resolved. Better for you to steer clear because the appellate court will look at this and review it.

“One thing I want Nigerians to know is that the Electoral Act is alive and INEC is working with the Act. There is no impediment on the Act until our right of appeal has been fully exercised.

“The president signed the Electoral Act amendment bill into law, but raised an issue about it. There is an assumption out there that there was a precondition for the signing of the Act, no.

“As Commander-in-Chief of the Armed Forces who has raised an issue, such an issue should not be swept under the carpet. He decided to refer his concern not to the law court, but to the parliament and that is how it ought to be in the spirit of the doctrine of separation of power where everyone knows where his power lies.

“He did not refer it to the Attorney General. Mr President was a better judge than what we just experienced recently where the principles that are reserved for the parliament were, in an over-reaching consequential order passed to the Executive which ought not to be, if we must maintain checks and balances.”

The House spokesman observed that the same issue had been taken to a court in Ibadan, Oyo State, adding that it was wrong to order for a deletion of a law made by the parliament.

“By the Federal High Court rules, you are given 90 days to appeal and so, the right of appeal should not be silenced. So, let the status quo remain and allow us to approach the court of appeal within the time allowed by law,” Kalu noted.