President Muhammadu Buhari; Vice President Yemi Osinbajo and others will today convene the All Progressives Congress (APC) Policy Conference stakeholders in government, politics, civil society, business, media, and academia to review the performance of the party since 2015 in the administration of Nigeria. 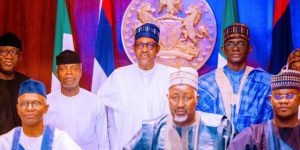 Nigerian Tribune gathered that participants are expected to share their insights and perspectives on areas that the party in government has performed well as well draw attention to the gaps that exist in others, a development bid to enable the party to produce a roadmap that will shape its agenda for the 2023 general election.

According to a release from the party, the overall objective of the APC Policy Conference is to position the thought of the leaders of the party and sector experts deliberate on the current and future policy direction of the party and provide a reform agenda, which the party will drive over the next phase of the administration, building on the current achievements, including the outcomes for state and local governments.

It stated that the stakeholders will seek to address various segments around governance, economy, and social environment with the aim to re-enkindle investors’ confidence in the Nigerian economy.

The release added that the specific objectives are to review the performance of APC-controlled national and subnational governments; analyse introspective pathways towards mapping the future to bridge the gaps and unlock the productive potential of the country.

It was also gathered that the conference would also discuss the approaches required towards achieving an inclusive and coherent policy trajectory for the party in government and harmonise a sustainable implementation agenda with the implementation framework as a follow-up to existing plans, policies, programmes, and projects.

Reports learnt that the APC Policy Conference will be structured into different panel discussions that will focus on core thematic areas as follows: economy, governance, and human development. This will enable resource persons and participants to create a central spine that holds the party’s development agenda since 2015.