Two persons were shot dead on Monday evening and others wounded after gunmen allegedly opened fire on the headquarters of the Nigeria Security and Civil Defence Corps in Owerri, the Imo State capital.

It could not be ascertained whether any of the NSCDC officers died during the shooting. 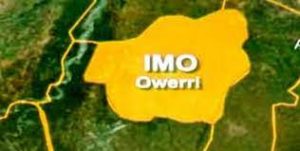 An unnamed source alleged that the police action followed the arrest and detention of a policeman in the NSCDC custody on the orders of the state Commandant of the corps.

According to the source who pleaded anonymity, the policeman broke into the convoy of the state Commandant on Sunday as he was returning from a trip to Abaezi in Ohaji/Egbema LGA where an explosion in an illegal refinery located in a forest claimed no fewer than 100 lives.

The source disclosed that the traffic altercation occurred at the Control Post Owerri but the policeman who was dressed in mufti and drove in an unmarked vehicle trailed the convoy to the NSCDC office necessitating the commandant to order his detention.

Viral video and photographs of the incident showed two persons lying dead while one person was seen crying in a pool of his own blood.

The source said, “Policemen came here this evening to rescue one of their own who was arrested for breaking into the convoy of the NSCDC commandant on Sunday. On arrival, they opened fire and beat up the female corps at the command. Two persons died in the process while others were injured.”

The spokespersons for the police and NSCDC in the state had yet to respond to inquiries concerning the incident.