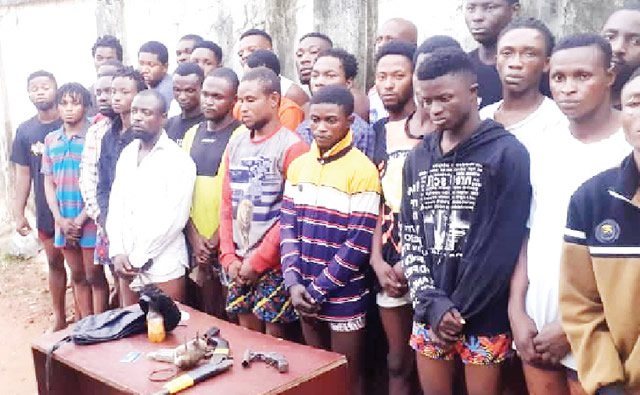 Following the death of about 20 people in the cult war in Delta State, the police has declared war on cultism and kidnapping in the state. 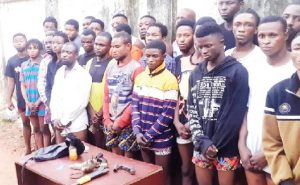 Edafe said, “On July 15, the Commander of the RRS, while on a visibility patrol along Ibusa-Ogwashi-Uku – Issele-Azagba Road after Ogwashi-Uku Polytechnic, received information that a group of suspected cultists came out from a bush with the intent to cause mayhem.

“The commander led his men immediately; the cultists, who were armed, on sighting the police, quickly retreated into the bush. The hoodlums, who could not withstand the firepower of the police, threw away one AK-50 rifle with breach no. NA48333, containing a fully-loaded magazine with 19 rounds of 7.62mm live ammunition and escaped. The rifle was recovered, while effort is on to arrest the fleeing suspects.

“Eight suspected Aiye confraternity cult members were also arrested in Warri.  Further investigation and the confessional statement of one of the suspects led to the arrest of one Lucky Eluagu, alias DJ Lucky.”