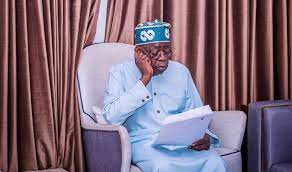 Most Nigerians have taken to the social media to express their disappointments with the nonchalant attitude of both the Independent National Electoral Commission (INEC) over complaints and calls for greater scrutiny of claims by some of the key candidates in the 2023 general elections.

In the eye of the storm is the candidate of the governing All Progressives Congress (APC), Asiwaju Ahmed Tinubu who is presently facing a massive backlash from lots of Nigerians on clear discrepancies with his records?

An opposition political party, the Action Peoples Party (APP), has threatened to initiate a suit over alleged irregularities in the particulars submitted by former Lagos State governor and presidential candidate of the All Progressives Congress (APC), Senator Bola Tinubu.

Tinubu, in the particulars submitted and accompanied by a sworn affidavit, was silent on the primary and secondary schools he attended, leaving the space blank.

He, however, disclosed that he attended University of Chicago where he graduated from 1979 with a degree in Business Administration.

His running mate, Kabiru Masari, in his own particulars, disclosed that he earned primary and secondary school certificates in 1978 and 1983 respectively and obtained a Higher Certificate in 1995. But the national chairman of the APP, Uche Nnadi, however, alleged irregularities in Tinubu’s particulars.

Nnadi, who alleged perjury, declared that Tinubu has abandoned his earlier claim of attending primary school, sworn in an affidavit to run for governor in 1999 “but now claims not to have attended primary school.”

Also, the presidential candidate of the main opposition Peoples Democratic Party (PDP), Atiku Abubakar, was also silent on his primary school education, but disclosed that he attended a secondary school and equally earned a Master’s degree.