Osaka knocked out of Olympics as Bermuda getshistoric Gold 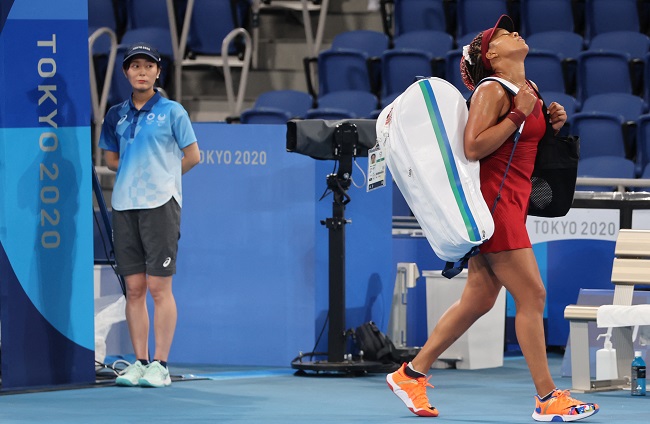 Japanese star Naomi Osaka crashed out of the Olympics tennis competition on Tuesday after Flora Duffy delivered gold for Bermuda for the first time in the tiny island’s history.

Osaka, who lit the Olympic cauldron in last week’s opening ceremony, produced an error-strewn performance in losing 6-1, 6-4 to Marketa Vondrousova, ending her cherished dream of winning on home soil. 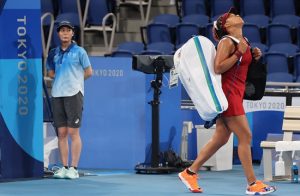 The 23-year-old — one of the faces of the Tokyo Games — had not played since May, when she walked out of the French Open saying media commitments were harming her mental health.

The second seed, who was broken five times in the match, will be bitterly disappointed at missing out on a chance of Olympic gold, especially as world number one Ashleigh Barty lost in the first round.

Triathlete Duffy won the first gold of the day in the women’s event, making Bermuda the smallest territory or nation in terms of population to win a gold medal at a Summer Games.

The 33-year-old timed 1hr 55min 36sec to come home more than a minute ahead of Britain’s Georgia Taylor-Brown, with American Katie Zaferes taking the bronze.

For Duffy it was a welcome reward after persistent injuries and a diagnosis of anaemia in 2013.

“I have achieved my dream of winning a gold medal, but also winning Bermuda’s first gold medal,” she said.

“It’s bigger than me and that’s a really cool moment. That was the longest kilometre of my life (the final one of the run).”