THE Jama’atul Nasril Islam (JNI), the highest Muslim organisation in Nigeria, under the guidance of the Sultan of Sokoto, Alhaji Sa’ad Abubakar, has posited that any government anywhere that cannot protect the lives of its citizens has lost moral justification to continue to provide leadership. A statement issued by its Secretary-General, Dr Khalid Abubakar, on Monday, said, “To say the least, Jama’atul Nasril Islam (JNI) is agonised and short of words to express itself over the gory incident of the infamous train attack which happened on Monday, March 28, 2022.” 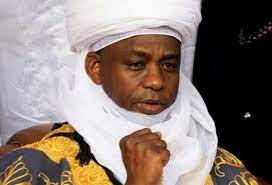 The statement noted that the well-orchestrated incident remains highly condemnable, reprehensible and upsetting to every rational mind.

“It appears that the continuous callous acts of mayhem, killings and arson happening almost on daily or weekly bases around us; either within communities and/or on the roads we ply, has automatically reset our human psyche that we now have accepted such dastardly acts as part of our lives, to the extent that we no longer feel it.

“The humanity in us is slowly being eroded, thereby making us adapt to the new normal within which we, unfortunately, found ourselves,” the statement stated.

It added that “any government that is incapable of protecting the lives of its citizens has lost the moral justification of being there in the first place.”

The statement read in part: “Any government that is incapable of protecting the lives of its citizens has lost the moral justification of being there in the first place; this is enunciated in Section 33(1) of the Constitution of the Federal Republic of Nigeria.

“We have, however, carefully studied and followed up the unfortunate train blast, especially that another train attack was reported to have occurred on the Lagos-Kano bound train, near Jaji, Kaduna State, on Thursday, March 31, 2022, which inevitably led to the death of the locomotive operator.

“Nevertheless, history is replete with several astonishing and brave art of governance exhibited over time by leaders.

“For instance, during the time of Prophet Muhammad (Peace be upon him), he battled and expelled Banu Qaynuqa from the city Madinah, because a woman was molested in the market by one of them and the community supported his actions. The Prophet (SAW) did not waste time but promptly attacked Banu Qaynuqa and expelled them.

“What action did the authorities take in averting and/or remedying such absurd and ungodly happenstance? Why must the country be brought to its knees?

“Human life is held sacrosanct in Islam that is why Allah (SWT) declared in the Glorious Quran that if a single soul is killed without just cause, then it is as if the entire humanity is wiped off the face of the earth.

“We claim to be people of faith and all these occurrences are allowed without any form of prompt intervention. Why? Well, it should be known that an attack on one soul is an attack on all, and this is how the human race should be preserved and protected, but if allowed to continue, we fear the consequence(s) of the innocent souls that were killed, without any fault of theirs.

“Terrorists are now be- coming bolder and more belligerent by the day. They operate in any area of their choice(s) at any time they so wish. They even operate for up to eight hours non-stop (as it was reported to have happened in Niger State last Monday), without any fear of being confronted or apprehended.

“Most communities are now under the bandits’ absolute control with taxes be- ing paid to bandits – some parts of Borno, Katsina, Zamfara, Niger, Sokoto states – and some others yet to be disclosed to the public. In fact, terrorists do what they wish, knowing that there is no gun power or authority that will defy them.”

It, therefore, asked that security outfits be directed to ransack the enclaves of all criminal elements and deal with them decisively. It added that as part of an effort to tackle insecurity in Nigeria, the war on drugs should be placed on the front burner as it is the elixir that spurs criminals to action.

“Likewise, parents, religious and community leaders have a role to play in the fight against illicit drugs/substances pervading most households within our neighbourhoods. This should be considered a fight for all and not only for the Government,” it added.