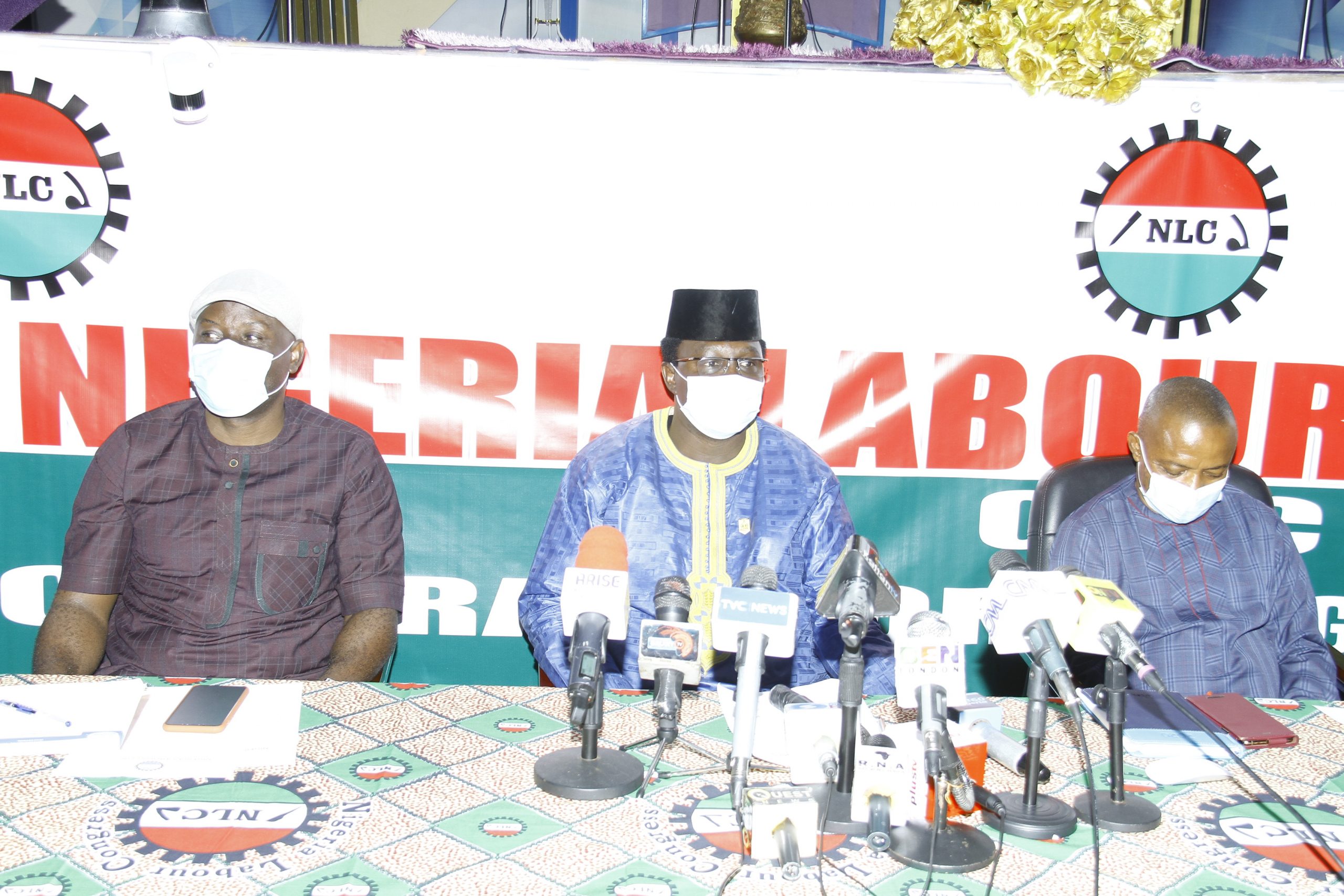 The Nigeria Labour Congress (NLC) has given the Federal Government a 14-day ultimatum to reverse the recent hike in electricity tariff and fuel price or face a “total shutdown of the country’s economy”.

Ayuba Wabba, NLC President, while addressing newsmen at the end of the body’s Central Working Committee (CWC) meeting on Wednesday in Abuja, said that workers and Nigerians were disappointment that government decided to increase the cost of both items. “We are surprised that at a time other countries across the world are giving palliatives to their citizens to cushion the effect of COVID-19, Nigerians are asked to pay more for fuel and electricity,” he said.

He said that the CWC meeting focused on the two challenges and concluded that the COVID-19 situation had given Nigerians enough suffering. “A hike, as announced by government, has reduced the purchasing power of Nigerians and Nigerian workers. It has also brought about a high cost of goods and services which has completely eroded the gains of the N30,000 minimum wage, “ he said.

The CWC and the National Executive Council (NEC) also took reports of the meeting that took place between the Federal Government and organised labour where NLC was represented by 14 of its leaders.  He said: “After examining the outcome of the meeting, we resolved to issue a two-week ultimatum to the Federal Government to reverse the fuel price hike or face industrial action. “In furtherance to this, the Central Working Committee resolved also to convene a meeting of the national executive council in line with our constitution, on September 22, 2020, Tuesday, to also give effect to this decision because the proposed action, will commence on Monday, September 28, 2020, if those issues are not addressed,” he said.

Wabba said that the CWC would also mobilise its members, civil society allies and other social partners to try to resist the policies as it had driven many into poverty. The NLC president said that the CWC members also shared their aims and experiences arising from the exploitative nature of the recent policies of government. He added that the declining economic power was evident among many as the N30,000 minimum wage could not actually pay for electricity in many homes. “The experience we have here is that somebody actually loaded a credit of N30,000 and it could not take him two weeks. That is the general experience all over the country. “The hike is one decision that is biting every worker and every family. I think it is a decision that certainly requires reversion,” he said.