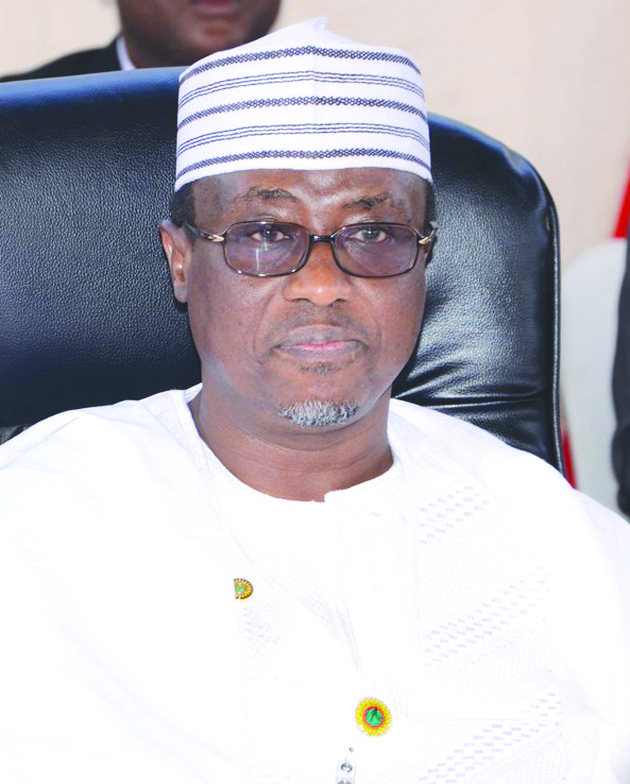 Federal Government sets the target of increasing the country’s domestic fuel refining capacity to 60 percent in 2017 despite setbacks in reviving the nation’s refineries, writes Olisemeka Obeche

The Nigerian National Petroleum Corporation (NNPC) says the Federal Government has put in place measures geared towards boosting capacity utilisation of the national refineries to produce up to 60 per cent of petroleum products consumed locally by the end of 2017. The Group Managing Director of NNPC, Dr Maikanti Baru, said that the Muhammadu Buhari administration was committed to ending product importation in a few years even as the corporation has developed concrete plans to achieve the target. “We are putting together various programmes to ensure that we achieve at least 60 percent local refining by the end of this year (2017). It is the procedure or methodology that we are changing a little bit, we are focusing on the process licensors to come and audit our processes and they have already started auditing most of our process units in the various refineries,” he said.

Baru noted that if all these are done systematically, Nigeria “should be able to get about 60 per cent level of capacity utilisation by the end of this year or at worst by the first quarter of 2018, and get to 80 percent by the end of 2018 so that we could locally be able to supply half of our PMS requirements.” With more efforts from other up-coming private refineries, Baru is optimistic that the country “should be able to quit importation in a few years.”

Government is hopeful that this target will be achieved despite recent reports that the productivity of the national refineries has declined with consolidated capacity utilisation falling to 12.78 percent in November 2016 from the 23.53 percent recorded the previous month.

According to latest oil and gas report from NNPC, two of the nation’s three refineries were completely dormant in November 2016. Aside the Port Harcourt Refining Company which recorded a capacity utilisation of 27.09 percent, the Warri Refining and Petrochemical Company (WRPC) in Delta State and the Kaduna Refining and Petrochemical Company (KRPC), reportedly posted zero capacity utilisation in the month under review.

The November report showed that WRPC and KRPC failed to sustain the capacity utilisation of 30.86 percent and 12.88 percents they recorded in October 2016. Contrastingly, the PHRC was able to increase its capacity utilisation from 24.74 percent in October to 27.09 percent in the month under review. The report also indicated that petrol and kerosene from the domestic refineries in November 2016 amounted to 191.75 million litres, compared to 210 million litres in the previous month — a decline of about 18.25 million litres.

Expectedly, NNPC blamed the decline productivity of the refineries in November to pipeline vandalism in the Niger Delta and its renovation work on the facilities. “The adverse performance was due to crude pipeline vandalism in the Niger Delta region coupled with ongoing refineries revamp. However, the three refineries continue to operate at minimal capacity, only the PHRC processed crude during the month,” a statement issued by the corporation explained.

The government has also continued with its direct-sale-direct-purchase practice with foreign refiners following the inability of national refineries to operate at installed capacity and supply petroleum products for local consumption. The report also indicated an increase in volume of petroleum products import instead of anticipated decrease. For instance, about 1,003.28 million litres of white products were supplied to the country through the DSDP arrangement in November 2016 as against the 802.75 million litres supplied in October.

Tired of putting money into Turn Around Maintenance (TAM) on the ailing refineries without getting desired results, the Federal Government last December declared its readiness to explore the option of private sector investment and joint ownership and management of the plants for greater efficiency. The Minister of State for Petroleum Resources, Dr Ibe Kachikwu, who  announced government’s position in Abuja, explained that the Buhari administration was working towards injecting private investment capital to revive the plants in order to boost the nation’s local refining capacity.“Government’s money will not be committed to the refineries anymore,” Kachikwu declared.

The Buhari government, shortly after inauguration, had given the management of the national refineries up till December 2015 to resuscitate the ailing refineries back to above 60 percent production capacity utilization or have them sold. The deadline was virtually met by all, with Kachikwu, then operating as Group Managing Director of the NNPC, expressing his confidence that as from 2016, the refineries would start remitting funds to federal accounts.

“The new model is that the refineries would now buy their own crude oil, refine it and make remittances to the Federation Account Allocation Committee (FAAC). They would operate a semi-autonomy that would enable them to run in a profitable manner”, Kachikwu said, according to a statement signed by Ohi Alegbe, then NNPC spokesperson.

However, performance of the refineries later nosedived following series of setbacks and breaches on pipelines supplying crude to the facilities. Efforts to revamp the nation’s three refineries and ramp up productivity failed as the facilities kept performing below 20 percent of installed capacity.

According to NNPC financial and operations report of August 2016, the consolidated performance of Warri, Kaduna and Port Harcourt refineries was below 20 percent while their consolidated capacity utilisation was 19.9 percent. Although, the corporation explained that the August 2016 output was an improvement on the capacity utilisation of the facilities, as it was the first time in several months that they (the three refineries) operated concurrently despite crude pipeline vandalism in the Niger Delta region, it, however, admitted that the plants “continue to operate at minimal capacity.”

Already, official estimate indicates that about $1.8 billion is expected to be spent again on Turn Around Maintenance on the refineries this year as part of move to increase local fuel production. The proposed repair was captured in the government’s road map for the oil and gas sector growth tagged ‘Seven Big Wins’ launched by President Buhari in October, last year.

The medium term objectives of the plan, which covers between two and four years, are to ensure investments and sustainability of the downstream supply and distribution value chain, as well as transit Nigeria from being a massive importer of petroleum products to a net exporter of the products and value-added petrochemicals.