Professor Eghosa Osaghae, a renowned political scientist and Director-General of the Nigerian Institute of International Affairs (NIIA) is versed in the field of international politics. Before his appointment as the helmsman of NIIA in March 2021, he had served as the Vice Chancellor of Igbinedion University, Okada, for a record 14 years (2004-2018).

In this interview, Osaghae speaks on global affairs with particular reference to the ongoing invasion of Ukraine by Russia, Nigeria’s influence and interventions in world and African affairs. Excerpts: 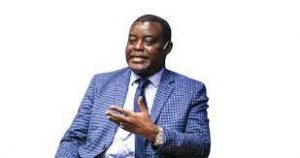 Could you give an insight into what has led to the recent invasion of Ukraine by Russia?

Well, it has been something that has taken a long time in coming and many scholars of international politics would say that it was both predictable and almost inevitable. Since the collapse of the Berlin Wall and the end of the ideological cold war that have bifurcated the world until 1989/1990, we had tendencies that suggested that the world was going very unitary in terms of its power configuration.

Once you had such a tendency towards increased unitarianism and something approximating, very unalloyed domination by a single force led by the United States, it was almost predictable that there would be resistance, there would be challenges, there would be efforts at challenging a hegemonised global order. I think that since the collapse of the Soviet Union there have been all kinds of attempts at getting centres of opposition to Russia, whether it was Georgia or more recently now Ukraine. All of these things have happened and Russia is responding to the failure of many of those agreements that seem to have held for a long time. 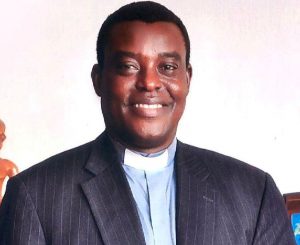 That is why some say it is inevitable. But the activities of the North Atlantic Treaty Organisation(NATO) especially around the Russian borders have provoked the kinds of responses quite naturally that you will get from Russia. But once you get to Ukraine, you are crossing the boundaries as it were. So Ukraine has become a battlefield for what appears to be some kind of return to the old cold war politics. It is a pity that it’s happening but one hopes that it is something that can easily be resolved.

But Russia is fighting for its own survival. Its survival is purely strategic, it’s military, and it is geo-political in of all its ramifications. Remember that the seabed, ocean that Russia has always had are in Ukraine. So the way the world is shaping up, it has become obvious that in the immediate future we might have naval wars and in the event of a naval war Russia will be disadvantaged if it loses Ukraine. So for many such reasons, Ukraine is very strategic for Russia. You know the nuclear industry that Russia has built is also in Ukraine. It was especially for the nuclear situation that there was some kind of argument that has now come to the open between the American and Russian presidents. Part of the accusation today is that those boundaries have been crossed by the West and that is really unfortunate.

What do you foresee as the immediate way out?

The sanctions on Russia I think has had a boomerang effect on the global economy as a whole. The energy crisis that we are going through now is a direct consequence of that. Diesel has gone through the roof and that is the situation all over. The whole world is feeling the heat of this war. So I think there is every reason a quick resolution has to happen. But that resolution is one that has to be comprehensive in the overall context. It is a many sided war and this kind of war would require very skillful diplomatic resolution.

The principal actors must be ready to be responsible. The point is that at times like this, the multilateral platform that exists for advancing the whole interest of humanity is failing. It is the United Nations that I’m referring to, because it is held captive by the permanent members of its Security Council. Therefore, the UN is not able to be decisive as one would expect. When you have wars like this they stretch the inequalities in the global order and remind us that this global order is about power and politics.

How would you describe Nigeria’s foreign policy as many people believe that Nigeria’s power at the global level has waned especially with the present Russia – Ukraine war where Nigeria’s voice seems not to be heard whereas South Africa is taking a leading role with its president offering to meditate in the crisis?

First and foremost, the context of foreign policy must be taken into consideration. In the 1960s, 1970s, 1980s and early 1990s, we were in the throes of the cold war, and in the era of the cold war we had more assertive foreign policy situation. There was South Africa for instance, which still needed to be liberated and therefore, Nigeria was very active on the world stage over some issues. That was a different era but today globalisation has brought the world along the lines of what I call the hegemonic order and in that hegemonic order the points of resistance, dissention and if you like opposition, are not so many.

That is how time has merged one of the counter forces to America’s hegemony but Russia again is re-asserting itself.

Now why would South Africa appear to do more than Nigeria in the Russia – Ukraine war?

It is because South Africa was one of the few countries that abstained from voting yes in the UN condemning the war. Don’t forget the role the old Soviet Union played in the liberation of South Africa. South Africa still has some leaning towards the Soviet bloc. So when South Africa abstains and then goes on to say it can help to resolve the crisis, that is volunteers, it goes to show that South Africa from its own self determination and from the perception of the world has some roles that are critical to the world in a manner that Nigeria does not have. The strategic importance of South Africa from its historic past, the ideological views of the African National Congress, explain why South Africa seems to have that especially because South Africa had the boldness and the courage to abstain from voting. Nigeria voted yes, which was the popular and majority vote. But I think that we must put Nigeria’s actions in proper context. Nigeria has always voted for multilateralism. Nigeria in global politics as much as possible has sought to optimise the use of the UN and its agencies. So, when Nigeria votes ‘yes’, the indication is that Nigeria is not on our side. Voting ‘yes’ means we condemn Russia’s action in Ukraine. When you do that you are aligning yourself to the pro-West thought. So those that abstain are the ones that are saying that we are not pro-West. So, it is not entirely wrong then that Nigeria is somehow taking the back seat in global politics, kowtowing to the West? You might say that and this is the truth, at best and at worse, Nigeria’s foreign policy posture has generally been conservative. Nigeria has been very firm in its positions. Nigeria then was vocal from time to time over South Africa, Angola, Mozambique and others, those were exceptions. Nigeria has been generally moderate.

Do you in spite of the dissenting voices think that Nigeria still remains a strong force in African affairs?

Nigeria has never waned in its influence. Nigeria remains the strongest force in Africa’s politics.

But is Nigeria living up to that billing?

Of course, the things that we see are the most sensational things but the things that we don’t see are what matter most behind the scene, what Nigeria is doing in The Hague, and in many UN agencies. Those things are not so immediately obvious but Nigeria is major, major actor. But the truth of the matter is that it is acknowledged virtually by all the countries in Africa that where Nigeria leads that is where Africa is led. Nigeria has the history of laying down its life in a literal sense for Africa. Nigeria has done things for Africa that very few countries can attempt to do. Nigeria is strategically important to Africa. Nigeria is careful not to fray nerves because of the fight that is ongoing. The military support that we are enjoying from NATO allied countries, that is a huge deal. Russia also offers an opportunity for military weapons. But substantially it is from the United States and the EU.

How well has Nigeria been able to align its foreign policy with its economic interest especially under the present administration?

For a long time Nigeria made use of its economic prowess to advance not just only its national interest but also the interest of other African states and the interest of other third world states. But as resources dry up, we are trying to begin to think of how more strategically we can deploy our economic diplomacy. It is about growing our economy, growing investment in our country, diversifying the sources of our national incomes and our revenues. It is about economic governance, strengthening the Central Bank, anti-corruption, all of these things work together to promote the whole essence of economic diplomacy. You cannot have investment coming into your country when you don’t have security, when there is so much corruption, when the institutions are weak especially the judiciary. So what Nigeria has done in terms of its economic initiative is to broaden its base of engagements to use these multilateral institutions:  the International Monetary Fund (IMF), World Bank and the African Development Bank to see how we can get better.