Nigeria at 60: How has the education sector fared? 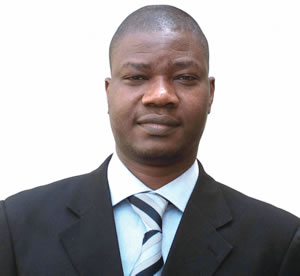 Nigeria will be celebrating her 60th Independence Anniversary tomorrow (Wednesday), October 1, 2020. Should we roll out the drums, dance and pump champagne? Of course, not! This is a time for sober reflection. But for the hollow ritual of the Independence Day broadcast by the President, Major General Muhammadu Buhari (retd.), the art exhibition about the country as well as media analysis, the day would have gone as an ordinary one.

Nigerians are not smiling as our political leaders have disappointed us over the years. The hopes and aspirations of better life we have been fed with for 60 years have remained unachieved. Rather than having higher standard of living, a majority of my compatriots have been battling with surviving a higher cost of living. Politicians’ campaign promises of Eldorado and Utopia have remained a pipedream. Nigeria, at present, is worsted on all development indices. We occupy unenviable positions in infant and child mortality, global terrorism index, corruption perception index, ease of doing business, good governance index, poverty rate and even unemployment rate.

According to the Transparency International, Nigeria is now ranked 146 out of the 180 countries on its 2019 Corruption Perception Index. Similarly, according to Australia-based Institute for Economics and Peace, as of 2019 Nigeria remains the third most impacted country in the world by terrorism – a position it has retained since 2015. The Global Terrorism Index shows that only Iraq and Afghanistan are ranked worse than my country. This year, Nigeria drops seven places to rank 121st out of 131st countries compared to her 114th ranking in Global Innovation Index 2019. In May 2020, National Bureau of Statistics published a report that says more than 83 million Nigerians are currently living below the national poverty line. The report puts the country’s poverty rate at 40.1 per cent. The NBS in August said Nigeria’s unemployment rate rose to 27.1 per cent in the second quarter of 2020, the new rate is an increase from 23.1 per cent unemployed in the third quarter of 2018.

Away from the depressing statistics, how have we fared in the education sector in 60 years of independence? Not cheering news! Even though I concede that our education sector has undergone a lot of reforms, we are still not where we ought to be in terms of education advancement. While it is true that the number of primary, secondary and tertiary academic institutions has grown exponentially especially with the privatisation policy which enabled individuals and corporate bodies to establish schools, the quality of education leaves much to be desired. The challenges facing our education sectors are many. They range from poor infrastructure to industrial unrest, cultism, exam malpractices, corruption and maladministration.

There is no gainsaying that Nigeria’s public education sector is comatose while the private sector is also tottering. There is no other reason than the lack of political will on the part of government to do the needful in revamping the sector. There is no adequate staffing of the public schools in Nigeria from primary to tertiary level. There are many schools that depend on youth corps members to bridge the staffing gap. Yet, many of these corps members are not trained teachers and are only on the ground for one year of their service. Even in some cases where the Parent Teacher Association of the schools has offered to augment the teaching staff, there is no much commitment from the temporary staff due to their poor conditions of service. I was a PTA teacher at Oba Akinbityi High School, Mokola, Ibadan, so I know what I am talking about.

Even among those employed have been found to possess fake certificates. Several states such as Kaduna and Cross River have discovered this when they carried out audits of these teachers some years ago. Some of the teachers are themselves also not competent. Yes, they may have the certificates but they do not have the requisite skills to teach. It is like asking a speech impaired person to teach or read news. Not everyone is gifted to impart knowledge and as such mere recruitment of teachers is not enough but the competence of those being deployed to teach in our schools.

Lack of adequate welfare of both teaching and non-teaching staff of our educational institutions have also impacted negatively on their productivity. Many states owe teachers’ salaries and allowances. As I write this, the Academic Staff Union of Universities has been on strike over the non-implementation of the union’s agreement reached with the Federal Government since 2009 as well as the attempt by the government to force them to enrol on the Integrated Payroll and Personnel Information System. This industrial unrest is impacting negatively on the smooth operation of Nigeria’s public universities.

Exam malpractices have been a worrisome development in our academia. Some students engage other people called ‘mercenaries’ to write external exams such as West Africa Secondary School Certificate Examination as well as National Examination Council examination   for them. In order to considerably reduce these incidences, the Joint Admission and Matriculation Board has had to insist that all its approved Computer-Based Test centres for its Unified Tertiary Matriculation Examination should have Closed Circuit Television cameras.  Despite that, JAMB in December 2019 accused some of the CBT centres of fiddling with the CCTV cameras in order to aid examination malpractices.

Hooliganism and cultism are another twin cankerworm that has eaten deep into the fabric of students of secondary and tertiary institutions in Nigeria. This is more rampant in public academic institutions. Hooliganism is often on display during secondary school sports fiestas such as Inter-House Sports and inter-school sports competitions. Cult clashes in our universities, polytechnics and colleges of education are also rampant. Though cultism has been banned on campus, many of the groups defy the ban to clash with rival groups leaving in their trail sorrows, tears and blood and leaving the school community in palpable fear.

Corruption allegations are very rife in our academic institutions These are usually perpetrated by the leadership of the schools namely Headmasters, Principals, Provosts, Rectors or Vice Chancellors.  Some of them impose illegal levies on their pupils and students. Even the government grants to the schools are sometimes mismanaged. The 2017 Auditor General of the Federation report fingered many Vice Chancellors of corrupt practices as many of them failed to remit the 25 per cent of their internally generated revenue to government’s coffers. Recall that the recent crisis that led to the removal of the immediate past Vice Chancellor of University of Lagos bordered on alleged corruption and maladministration.

By far the greatest challenge facing our education sector in Nigeria is the lack of adequate infrastructure. Many of the school buildings are dilapidated while the school environments are in deplorable conditions. Thus, it is education with tears in many of these schools with no good learning facilities. Many of our schools do not have good laboratories, libraries, classrooms or lecture theatres. Where they exist, they are overstretched due to the exponential increase in the students’ population. Although the Federal Government has set up the Universal Basic Education Commission as well as Tertiary Education Trust Fund as interventionist agencies to support the grossly inadequate budgetary allocations to the education sector, these agencies have not been able to provide enough financial succour to the numerous schools needing their support.

That is why alumni associations are encouraged to support their alma maters in bridging the infrastructure gap. That was what the ex-students of Bishop Onabanjo High School, Bodija, Ibadan, Oyo State did last week in commemoration of the school’s 40th Founder’s Day anniversary. The school, established on September 26, 1980, has suffered a lot of infrastructure decay. I was close to shedding tears seeing the dilapidated structures of my former school last Thursday. However, through the yeoman’s effort of people like Mr. Adekunle Adisa Olanloye, who was the school’s pioneer Head Boy, Prof. Tolu Ajayi, Mr. Segun Eluyera, Dr. Felicia Aigbokhan, Ms. Tope Adama, Mrs. Toyin Olukemi and several others too numerous to mention, the alumni association was able to renovate some of the structures as well as organise a weeklong 40th anniversary celebration.