Nigeria: A nation of lions led by donkeys 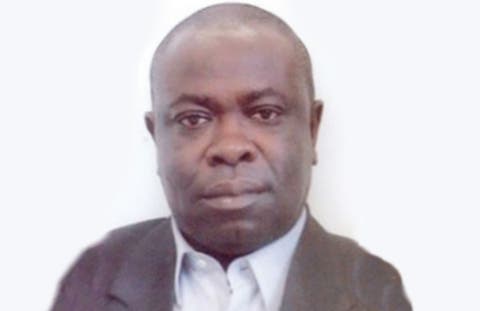 Let us take a deep breath as we wade through the content of this piece. It is not as controversial as the impulse from the headline would make you think. There is really nothing new in what is being said here that is not readily acknowledged by most decent people up and down this blessed land called Nigeria. Thus, rather than courting controversy, the piece is aimed at jolting the populace out of their persistent vegetative state. A shock treatment designed to awaken us out of an alarmingly dangerous slumber. A re-statement of an unpalatable truth capable of injecting some sobering thoughts into our collective, felonious acquiescence.  And, a cold syrup capable of reawakening the boundless energy in us at least for the day. Like the incompetent British generals who led the infantry to defeat in World War I, modern-day Nigerians are lions led by donkeys. This is principally because we are fixated too much on primordial loyalties: ethnic and clannish origins of our leaders, and would-be leaders; their taste and social mores, almost to the exclusion of their purpose and priorities in public office. In aggregate, the loyalties are to the mainstream Hausa, Yoruba, Igbo, but more generally, it goes much deeper from intra-tribal cleavages, to the reification and amplification of communal ‘otherness’.

The ethnic animus felt across the divide masks the myth of homogeneity people assume of themselves. The Yoruba would not see how hopelessly myopic their sense of self truly is, until there is an attempt at concretising the much vaunted “Od’ua Republic”, then, they start realising themselves as “Ibadan”, “Lagos”, “Ondo”, “Ekiti” etc, who do not wish to be under the dominance of the ‘other’. Neither the Igbo would know who the true Igbo are until there is a similar attempt at rebuilding the “Biafra Republic”, then, see whether Delta, for instance, or Port Hacourt, consider themselves Igbo or not. The Hausa would not find out their fragile cohesiveness until they try asking whether their own fiefdom extends beyond the River Niger, and until the Hausa-Fulani question is resolved beyond doubt. All that seems to matter is whether “our guy” (in aggregate terms) is at the helm of affairs; my turn, our turn to ‘chop’; to lay a claim to our own salami-sliced portion of the meat. Whether the “guy” eventually goes on to act against the fundamental interest of his ethnicity is a moot point. In other words, given a choice between a lion and a donkey for a leader, the ethnic rosette on their lapels and the one most likely to facilitate the ‘chop’, wins the day. To be brutally frank, no one goes into public service in Nigeria for nation-building. Why? Because there is neither the reward nor incentive so to do.

There are no monuments to selfless service in this country. Streets and Boulevards are named after crooks, corrupt and murderous leaders and ex-leaders in Nigeria’s major cities. If in doubt, look no further than the nation’s capital, Abuja. The rare individual (from Mars, probably) who lives and breathes patriotism in public office quickly finds themselves sailing against a hostile and ferocious wind. They must either change course immediately or risk being consumed by the elements. It does not take a genius or a newspaper columnist to uncover the reality of the shallow-mindedness of a lot of Nigeria’s public figures. One only needs to look at the membership of the country’s National Assembly to see how many are barely literate individuals (the ex-“dancing senator”, remember him?) who are basically out of their depths and incapable of engaging with the complexity of the legislative process. By the way, the dancing senator went on to contest (and won) a state-wide governorship election, defeating several men of letters and considerable personal accomplishments who ran against him before he was subsequently out-manoeuvred from the big prize of the governor’s lodge . In a similar vein, sometime ago, an urbane and rather conscientious colleague of mine tired of what he saw as ‘mediocre’ candidates coming forward for election in his home state, angrily went back and began consulting on a possible run for office. He got a rude awakening when he sat with a group of local ‘grassroots’ party activists, who wearily said to him: “Sir, you are too decent and well-educated to enmesh yourself in local politics; it is for the jobless, roadrunners and hungry dogs like ourselves…we would not like to see you being ridiculed, let alone being harmed because you are our ‘father’, we need you”.

Now, how many times have we been told of this or that group of ‘concerned’ citizens coming together to form a political platform and it fizzled out? Nigeria has no shortage of brilliant minds to occupy every level of governance in this country and across the whole of West Africa combined. Why then do we not see them joining government in droves? Because their ideas are out of sync with the desires and priorities of the powerbrokers at the table. Is this the same as saying there are no brilliant minds in government as of today? Surely not. There is not enough of them to make the critical difference. The few that make it through the door see themselves heavily constrained and restrained by forces beyond their control. How is it then that Western democracies manage to infuse brilliant minds into the echelons of power both in politics and in industry, we might ask? Because their societies have an advanced system of social stratification, where the elites destined for high positions tread a clear path. They know what primary/secondary schools and universities to attend and, subsequently, where to look for internships and their first career break. Consequently, top personnel in the civil service, politics and industry self-reproduce (through birth, recruitment criteria, and the old school network), so much that they have sufficient recruits in their ranks, across the board, to keep each other’s corrupt instincts in check. This is the magic of the corrupt(less) Western political stability. We do not have the luxury of a settled class hierarchy we can superimpose on our flailing political system to serve a similar purpose.

For us, therefore, it is anything goes, effectively. “Chop and let chop” becomes the norm; the lowest common denominator for the participants in the corridors of power. It is a starker dichotomy than that of the Western democracies. Class mobility is notoriously difficult if not impossible within our own society. At the top end is a tiny few; the oligarchs with 95% of the resources, and at the bottom end is the majority, almost 90% feeding on crumbs from the high table. There is virtually nothing at the middle. In other words, it is statistically insignificant. Based on this, therefore, you would imagine that if any society was ripe for a revolution, it would be right here, at home, but still nothing even close in the air. Why? Well, time and space would not permit us to address that thorny issue in detail here and now. But, quite simply, we are a nation of infinite time to burn; of a better tomorrow; a turn-the-other-cheek lot; a delayed gratification dreamers, and a reward-in-heaven pacifists. So, we say, long rein the donkeys!