Meta Set for Showdown with Regulator over Giphy Acquisition

The battle between global tech platform Meta and United Kingdom’s regulatory agency over the former’s acquisition of Giphy will reach a head this week at the tech giant attempts to overturn a controversial order to sell off Giphy, in a four-day trial that’ll mark the biggest antitrust court clash in the UK this year. 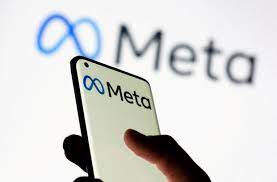 The Competition and Markets Authority’s decision to unwind the US$315-million GIF search engine deal was slammed by Meta as “grossly unreasonable and disproportionate”.

Lawyers for Meta will try to appeal on six grounds, including arguing the order to sell was flawed because the CMA didn’t prove that Giphy could have become a meaningful competitor to Meta’s Facebook, according to documents prepared for trial. The CMA doesn’t often lose at the CAT, as the tribunal will only look at the legality of the CMA’s decision

The CMA told Meta to sell Giphy after an in-depth investigation concluded in November that the tie-up would allow Meta to increase its power on social media further. It was the first time a global regulator forced a Big Tech firm to unwind a completed deal and the UK was the only major regulator to take a stance on the acquisition.

The dispute underscores the CMA’s increased appetite to intervene in both digital markets and merger control with its desire to crack down on so-called “killer acquisitions” from Big Tech. The CMA and other global regulators have publicly expressed regret on waving through mergers like Meta’s purchase of Instagram and WhatsApp, with the US currently taking another look at those deals.

The CMA doesn’t often lose at the CAT, as the tribunal will only look at the legality of the CMA’s decision rather than the probe itself.

“It’s difficult to overturn a CMA merger decision,” said Tom Smith, a competition lawyer at Geradin Partners, who was a former director at the CMA. “These cases often turn on seemingly minor procedural issues, but the big-picture question is whether the tribunal at some point decides that the CMA has pushed the use of its discretion past its legal limits.”

“By requiring Meta to sell Giphy, we are promoting competition and innovation in digital advertising and ensuring rival social media providers can get competitive access to Giphy’s services,” a CMA spokesman said. “We intend to defend this decision vigorously.”