The Federal Government says its bitumen reserve of 42.74 billion metric tonnes will soon undergo concession to solve over- reliance on imported bitumen for domestic road construction.

Mr Olamilekan Adegbite, the Minister of Mines and Steel Development, made this known while briefing newsmen on the concession of delineated bitumen blocks on Monday in Abuja. 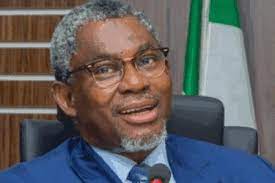 Adegbite said that the concession of the bitumen became imperative as Nigeria ranks sixth in the world in terms of reserve size, but still depends on importation for the construction of its roads among others.

According to him, Nigeria’s population is growing and this will increase the demand of road infrastructure and putting additional strain on the current road network, resulting in higher demand for asphalt for construction and maintenance.

He said: “Bitumen is crucial component of asphalt that is used in road construction; Nigeria currently has 200,000 km of road networks with only 60,000km worth of road paved.

“We have a total bitumen reserve size of 42.74 billion metric tonnes, which has remained unexploited for years.

“Nigeria population is projected to reach 400 million in 2050, up from the present estimate of 203 million, given the population growth rate of 2.5 per cent.

“The World Bank projects that Nigeria’s current urbanisation rate of 52 per cent will increase by four per cent annually.”