The Walt Disney Co Africa has reached an agreement to distribute Disney+, its Internet streaming service that will be launched in South Africa next month, on MultiChoice Group’s DStv set-top boxes. 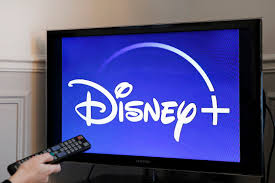 Disney said in a statement that DStv customers will be offered exclusive contract packages and bundle deals, though it didn’t provide details, saying these will be provided closer to the launch date. DStv has long carried Disney channels on its satellite content bouquets and, due to existing contracts, will continue to do so beyond next month’s launch of Disney+.

“MultiChoice’s partnership with Disney+ leads with an expanded choice of content, ease and convenience of subscription and payment, with the DStv Explora Ultra as an enabler,” said MultiChoice Group CEO Calvo Mawela in the Disney statement.

Disney announced last week that Disney+ will be available in resolutions of up to 4K, with subscribers able to stream to four devices simultaneously. Disney earlier revealed that Disney+ would be launched in South Africa – and many other countries around the world – on 18 May.

Pricing is R119/month or R1 190/year, though Disney has said it will offer a big discount to annual subscribers at launch. Viewers who express their interest on the Disney+ website before launch day will receive an “exclusive offer link”, providing a year’s access at R950, it said.

The launch of Disney+ in South Africa adds to the growing raft of streaming video entertainment services available to South Africans with large-cap and uncapped broadband connections.