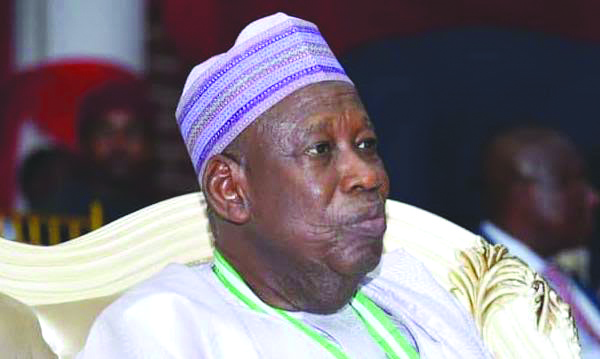 Kano elders, under the aegis of Kano Unity Forum, have forwarded a strongly worded petition to President Muhammadu Buhari and other authorities like the National Assembly, Federal ministry of finance, Central Bank of Nigeria, Debt Management Office and others, to prevail against Governor Ganduje’ proposal to borrow N300 billion from China Development Bank to finance a light rail project in the state.
In the petition signed by it’s Chairman, Alhaji Bashir Othman Tofa, the group frowns at the governor’s plans which would likely plunge the state deeper into a regrettable debt trap. They look at the rail program as a needless white elephant project and a huge liability that will affect generations to come. Instead, cheap loans  could be sought to support critical sectors in the state, such as education, health, agriculture, power, science and technology, and others.
The deposed Emir of Kano,  Muhammad Sanusi II, had also criticized this same project as untimely and economically unviable, considering that the state is already grappling with huge indebtedness.
The group has warned that it  is  determined to use legal processes to stop the loan should Kano State Government remain obdurate to its petition.
John Daniel Obioma.