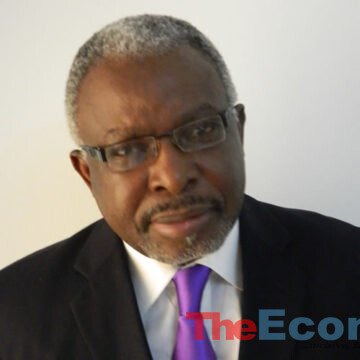 Why the Chinese Loan Probe Must Continue

The concerns that Mr. C. Rotimi Amaechi, the honourable minister of Transportation raises over the continuing probe of the controversial Chinese loans should not scare Nigerians. During the investigative hearing organised by the House of Representatives Committee on Treaties, Protocols, and Agreements last week, I was hoping for a full mea culpa from the minister – an apology to Nigerians for signing for a loan that can compromise Nigeria’s sovereignty; but no dice.

There was instead, the worn-out claims aimed at putting an end to the hearing altogether. The hearing, he said, could stop completion of the Lagos-Ibadan and Kano rail projects. Next, he warned that continuing the probe will negatively affect the perception of Nigeria by foreign lenders — a situation that could generally spell doom on infrastructural development in Nigeria, should such foreign lenders choose to withdraw their loan offers.

Here’s the weirdest: The minister actually asked the committee to postpone the probe and resume in December, after he would have received the money from China. This is quite unusual, to say the least.

Does the minister think that China will not read in the news about this request to postpone the investigation until the lender’s millions are in the bag? Will it not actually give China lenders pause for thought? And if they consider the request irregular enough, will this not make the minister’s fears of the negative perception of Nigeria by foreign lenders a self-fulfilling prophecy?

This is one reason transparency in borrowing is desirable. It not only shows the citizens in whose names the money is being borrowed all the lending conditions of the loan, it also exposes any hidden horror in the $500 million railway loan contract with China that may require a renegotiation of the entire package.

Renegotiating a loan with China is not a radical idea. It is what patriotic leaders of a country do when they suspect a bad deal, as we are currently supposing on the Chinese loan in question. This is the reason why the probe must be allowed to continue, even though I am equally convinced that Amaechi’s moves to end it comes from a patriotic place. He wants the infrastructure deficit banished under his watch. That’s a splendid nationalistic ambition. Still, it cannot be archived at all costs.

When he returned to power in 2018, the then 93 years old prime minister of Malaysia, Mahathir Mohamad, renegotiated the terms for the East Coast Rail Link, to be built and mostly funded by China; and lo and behold, it was found upon renegotiation that the costs were inflated. I am not saying this about the Chinese loan that Amaechi is carrying on his head, but that’s another reason that the probe should go on.

However, there is a larger point. As reported by The Diplomat, the online international current-affairs magazine for the Asia-Pacific region, the East Coast Rail Link across peninsular Malaysia was suspended by the Malaysian prime minister, who proceeded to review large-scale infrastructure projects in the country to rein in the heavy national debt corruptly amassed by the preceding administration. The point is that there is a trade-off between debt peonage and infrastructure development. That’s why we must discount the idea that foreign loans will dry up if the probe of the Chinese loan continues.

The minister should know that life is all about making choices among assorted alternatives and that it is the options we give up to obtain what we want that constitute trade-offs. For instance, a country can forgo a chunk of its sovereignty tomorrow for rail lines built on opaque Chinese loans today. This is just to say that trade-offs involve sacrifices like this, which Nigerians should never be asked to make with their eyes closed.

Amaechi, one of President Muhammadu Buhari’s brightest ministers, seems to have predicted this insight when, according to a report by The Guardian on August 2, he assured us that Nigeria was not ceding its sovereignty to China because the Sovereign Guarantee clause in the loan agreement was only to reassure “China that it can take over the asset constructed with the loan, should Nigeria default.” I am inclined to believe him. I also trust that it is possible to replace the objectionable Sovereign Guarantee clause in the loan agreement with this same assurance.

Professor Ebere Onwudiwe is a distinguished fellow at the Centre for Democracy and Development (CDD), Abuja.