Dangers of Weak and Under-Qualified Governors at Bank of Zambia 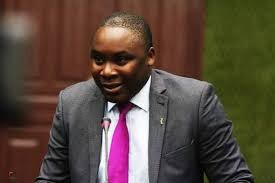 Yesterday we spoke about the comedy of appointing a commercial branch manager as deputy governor in charge of operations at the Bank of Zambia (BOZ). Today we saw it fit that we reinforce this concern by stating, though briefly, the dangers of having such ill qualified individuals at the helm of central banking. No disrespect to them and their families whose salaries have risen exponentially overnight, but it’s important that we realise the danger to the economy beyond a well networked individual.

The PF’s targets to keep the rate of inflation consistently below 10 percent per annum and its performance is judged by the effectiveness of the monetary policy to help achieve the inflation target and maintain and create employment. This dual aim requires a serious understanding of macroeconomics that can never be found or taught in any central banking course or experience acquired from running a branch along Cairo Road.

The USA, for their Federal Reserve Bank, has reserved the role of Chairman for the Reserve Bank to eminent macroeconomists who have devoted their lives to understanding the economy. It is not a fluke that therefore when America sneezes we call catch a cold. Despite continued calls for BOZ autonomy, the PF government has, like its predecessors, made sure that the BOZ remains de facto under the control of the Ministry of Finance and the monetary policy hostage to the fiscal requirements of the government.

Now, more than ever, with huge fiscal deficits, I suspect it should make sense for the government to hold the BOZ even under heavy hostage to its fiscal requirements. Intentionally or unintentionally, whether knowingly or indeed unknowingly, advised or not, the PF led government has now confused the qualifications of a central banker with those of a commercial banker. It has been appointing commercial bankers or persons with no macroeconomics background or policy experience as governors and deputy governors. A commercial banker cannot become an effective governor/deputy governor because he/she is trained in totally different skills. The skills required for central banking and those for commercial banking are like those of an aircraft engineer and a locomotive engineer.

Yes, they are both ‘engineers’, but they engineer different engines so we should not confuse the two at all!By tradition, and as a matter of necessity, the deputy governors used to be selected from among the senior career staff of the BOZ to ensure that an outside governor would have the services of his deputies with practical experience in central banking and institutional memory to provide historical perspective in the management of the BOZ.

The PF-led government has broken this noble and effective tradition and appointed commercial bankers as deputy governors of the BOZ according to the government’s political preferences. The PF-led government is thus making sure that the governors/deputy governors it is appointing are willing to remain under its control. Furthermore, they have to be weak and vulnerable enough to subordinate monetary policy to the financing requirements of the budget and the banking system subject to the interference of the Ministry of Finance.

In a time such as ours when we are faced with huge budget deficits and a falling exchange rate and slogans of Link 8000 and more mega infrastructure to hoodwink votes in 2016, the greatest recipe for economic governance failure is to have puppets at the central bank that will do as instructed without questioning the authorities. We feel the recent appointments may breed such. A grave side effect of the appointment of governors without merit such as being done by PF is that the contribution of the BOZ in macroeconomic policy formulation and in handling the international financial institutions may be questioned heavily, and lead to low confidence in the way we govern our affairs.

A systematic degradation of the office of the governor and deputy governors may be very costly for the country. With a huge budget deficit and high domestic and international debt, we need to guard ourselves against the temptation of resorting to the old trick in the book of printing money, —- the one Uncle Bob next door resorted to when he appointed commercial bankers as central bank governors, or further borrowing.

Indeed, the present state of the BOZ may be deemed poor, but it will go down further if incompetent ‘yes mwami’ men and women are appointed as governors or the government shows an inability to differentiate between commercial and central banking and appoints and sustains other commercial bankers as governors and deputy governors. Unfortunately, it seems the government has already failed to differentiate between the two, and have already fallen prey to the economic governance gimmicks of appeasement and quick fixes.

That said the BOZ needs to understand that it is a professional — not political — institution and that its governors have a statutory national responsibility without having a blind commitment to a particular government. At the same time, the political leadership of the country needs to understand that economic recovery and price stability will come with strengthening, not weakening, vital economic institutions like the BOZ. Recent appointments surely serve to weaken such important institutions.

What is needed at BOZ is a competent macroeconomist with appropriate experience in policymaking to be appointed as the governor and likewise deputy governors too, allowed to function professionally and then held accountable for the formulation and conduct of monetary policy to control inflation and promote private sector investment and economic growth in coordination with fiscal and exchange rate policies.

A submissive governor and an ineffective BOZ do not serve the national interests that even the PF have at their heart. Enough said, the real test of the PF-government will be beyond the qualifications, calibre and competence of the its governors at the bank—It will be their performance in controlling the volatility of the kwacha and keeping inflation at the government target level while promoting growth and employment.