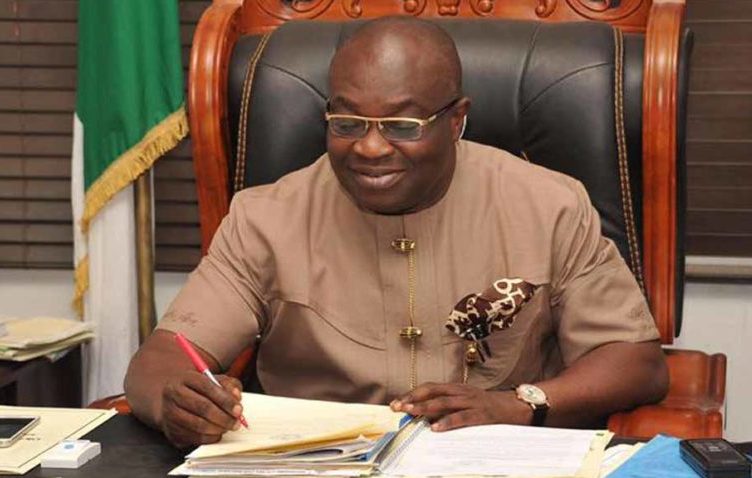 Governor Okezie Ikpeazu of Abia State believes violence is not the best way to achieve the creation of an independent Biafra nation, insisting that there are better means of going about such agitation.
Ikpeazu noted this when he appeared as a guest on Channels Television’s Sunday Politics, recalling his experiences during the Nigerian Civil War.
“I don’t believe in Biafra through the barrel of the gun because I saw a little bit of the Civil War and I don’t want that kind of thing. I don’t see the prospects of that venture and I don’t want anything that will be suicidal,” the governor said during the show.
The proscribed Indigenous Peoples of Biafra (IPOB) which is spearheading recent agitations for the creation of the nation had issued a sit-at-home order in the Southeast but the governor said he does not recognise the group, and waved off the move.
“As far as we are concerned in Abia, there is nothing like IPOB,” Ikpeazu said but admitted that “it is difficult to proscribe an ideology.”
While advocating for justice and equity in the nation, the Abia governor argued that some of the agitations from Nigerians are germane and should be addressed.
“If Biafra is a metaphor for agitation against injustice in any way, then there is Biafra in the heart of every Nigerian,” he added, just as he called on the citizens to project things that unite the nation.
The governor who recalled that the late women’s rights activist and social mobilize Margaret Ekpo was a councilor in Abia State, and that someone from Kano State was once a mayor in Enugu State, lamented the rising level of disunity in Nigeria.
“Why are we not taking steps to build bridges? Rather we are emphasizing things that divide us  – ethnicity, religion – all those things that divide us,” the governor said.
A Nigerian court had in 2017 outlawed IPOB with the Federal Government designating the group as terrorists. Clashes between members of the separatist body and the country’s security agencies have made headlines in recent months, heightening fears in the region.
The Nigerian Army had on Saturday reiterated its commitment to crushing Boko Haram terrorists, IPOB, as well as end all forms of criminality in the country.
Nigeria’s Chief of Army Staff (COAS) Major General Farouk Yahaya who stated this during the passing out parade of the 80 regular recruits intake at the Nigerian Army Depot, Zaria in Kaduna State, admitted that the country is facing severe security challenges.
“Nigeria is facing numerous security challenges occasioned by the activities of Boko Haram terrorist group, armed bandits kidnappers, IPOB and other criminal elements. We would not rest on our oars until this country is safe for all of us,” he said at the event where he was represented by the General Officer Commanding One Mechanized Division of the Nigerian Army, Major General Danjuma  Ali-Keffi.