I Bribed Abba Kyari To Jail My Rival – Hushpuppi 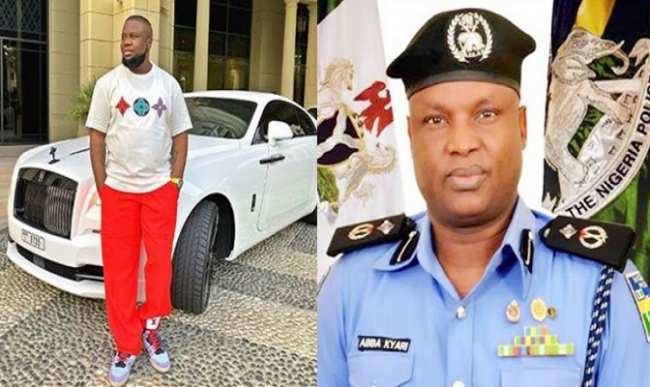 Hushpuppi who was arrested in UAE in June 2020 alongside 11 of his associates over allegations bordering on hacking, impersonation, scamming, banking fraud, and identity theft has been in prison in the United States after being extradited from the UAE..

He was extradited to the U.S after the UAE police detailed his arrest in a special operation dubbed ‘Fox Hunt 2’ where he was accused of defrauding 1.9 million victims to the tune of N168 billion.

He recently pleaded guilty to the money laundering charges against him, risking 20 years imprisonment.

US court officials said during interrogation, Hushpuppi revealed that he bribed Kyari to arrest and jail one of his rivals in Nigeria after a dispute over a $1.1 million scam on Qatari business people.

According to a statement by the US department of justice, Hushpuppi asked Kyari to jail Kelly Chibuzor Vincent, his colleague, after both were locked in a dispute over how to share the $1.1 million loot received from the Qatari businessperson.

Gatekeepers News reports that in the filings by the officials, Vincent was said to have contacted the victim and informed him that he was being scammed by Hushpuppi’s syndicate.

Vincent’s move provoked Hushpuppi who reportedly contacted Kyari to arrest and jail him.

Hushpuppi was also quoted as saying that Kyari allegedly sent photos of Vincent in jail and followed this up with a bank account number to which a wire transfer should be made for the successful arrest and detention of his co-fraudster.

The statement read: “Court documents outline a dispute among members of the conspiracy, which allegedly prompted Vincent to contact the victim and claim that Abbas and Juma were engaged in fraud. After this contact, Abbas allegedly arranged to have Vincent jailed in Nigeria by Abba Alhaji Kyari, 46, of Nigeria.

“According to the affidavit, Kyari is a highly decorated deputy commissioner of the Nigeria Police Force who is alleged to have arranged for Vincent to be arrested and jailed at Abbas’ behest, and then sent Abbas photographs of Vincent after his arrest.

“His celebrity status and ability to make connections seeped into legitimate organizations and led to several spin-off schemes in the U.S. and abroad.

“Today’s announcement deals a crucial blow to this international network and hopefully serves as a warning to potential victims targeted with this type of theft.”