Huawei to upgrade to the Harmony OS next year 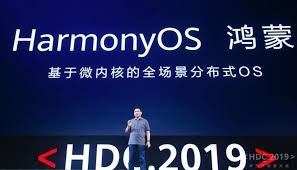 With the banning of Chinese tech giant Huawei from using the Android operating system by Google under pressures from the United States government, Huawei has launched its operating system and has said their smartphones will be fully upgraded to Harmony OS next year, the company’s Consumer Business CEO said. The company’s President for Consumer Business Software department, Wang Chengju said that from a technical point of view, Harmony met the conditions for smartphones. However, it hadn’t been used yet and it would take time to solve the app problem.

Apparently, the US sanctions on Huawei accelerated their efforts on Harmony. They had been working on it but the sanctions accelerated their development of the operating system. Some users will be able to upgrade to Harmony in January and February next year with the initial upgrade being verified for a few months. Later on, the upgrade will be fully released.

“Over the past five years or so, Huawei’s software team has basically changed the core part of Android,” Wang said. In a previous interview at the 2020 Developers Conference, Mr Wang said EMUI 11 is the first model to get an upgraded Harmony OS. This means that it carries many features of Harmony OS and are currently testing those features.

Wang predicts that the EMUI 11 upgrade rate will reach 90% or the user base size will reach 200 million by then. Huawei is currently the second biggest smartphone maker in the world and if they manage to make this work, Harmony OS might become a major mobile OS. They still have a lot of work on the hardware side, especially with sourcing components