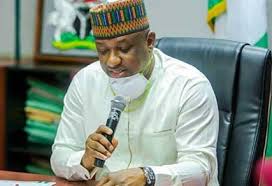 It was learnt that the Ministry of Labour and Employment has written to President Muhammadu Buhari for approval to extend the commencement of the programme by 19 days.

A highly placed source told The Nation that the supervising ministry is waiting for the presidential approval. It was learnt that delay in the release of funds for purchase of equipment for the programme necessitated the call for extension.

It was also gathered that some of the sites for implementation of the programme are flooded due to rainfall. The programme is designed to put 774,000 young artisans to work on public facilities between October and December.

Each beneficiary is to be paid N20,000 per month. N52 million is voted for the programme in the budget. One thousand beneficiaries are being selected from each of the 774 local government councils.

A source said: “The funds to be used to purchase light equipment to be used was released very late, as late as last week. The minister has written to the President requesting an extension. He has insisted that there must be due process in the purchase of equipment. You don’t buy things across the shelf like that in government. It has to go through due process. Because the fund for the purchase of some of those light equipment came in late and we need to follow the due process, we had no choice but to ask for two weeks or 19 days extension”