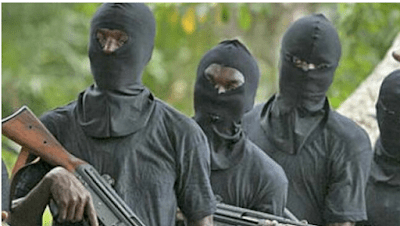 Six children aged one to five year and one woman were killed on Saturday by some unidentified gunmen who attacked Kauru and Lere local government areas in Kaduna State, while several others were said to have sustained injuries and were declared missing.

A government statement claimed the attacks were a reprisal, following the Thursday night attack on Gora Gan in Zango Kataf LGA that claimed seven lives and the burning of 13 houses and two shops in the area. 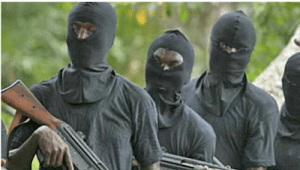 According to the commissioner, the information regarding the latest attacks was passed on to the government by the military and the police. Aruwan said the various attacks were carried out by aggrieved youths, following the killing of seven persons at Zango-Kataf.

He added that seven herders were killed in counter-attacks at Ungwan Idi and Kasheku villages of Kauru LGA, while two herders were injured at Ningi village of Lere LGA.

The commissioner listed those herders killed at Ungwan Idi and Kasheku villages in Kauru LGA to include Mustapha Haruna (one year old), Ya’u Kada (one), Sa’idu Abdullahi (one), Zainab Zakari (one), Sadiya Abdullahi (five), Aisha Abdullahi (one), and one unidentified woman burnt beyond recognition.

He said five persons were declared missing, while six houses were razed during the attacks. “Aisha Mohammed (20) and Sadiya Abdullahi (25), who were wounded in the Kauru reprisal are receiving medical attention at Ungwan Idi Clinic,” Aruwan said.

Similarly, the commissioner stated that the two herders at Ningi village in Lere LGA were injured and rushed to General Hospital, Saminaka and identified them as Bingel Odi (31) and seven-year-old Isa Joda.

Meanwhile, the commissioner quoted Governor Nasir El-Rufai as condemning the counter-attacks. El-Rufai was said to have commiserated with families who lost their loved ones during the unfortunate attacks and wished those recuperating a speedy recovery.

The governor described the killings of Atyap residents and Fulani community members as unfortunate. He also decried the resort to violence, noting that it was not a solution to grievances and disputes, but a tragic way to escalate matters and drag people into more pains and misery.

However, the governor directed the State Emergency Management Agency to provide relief to the affected families with immediate effect.