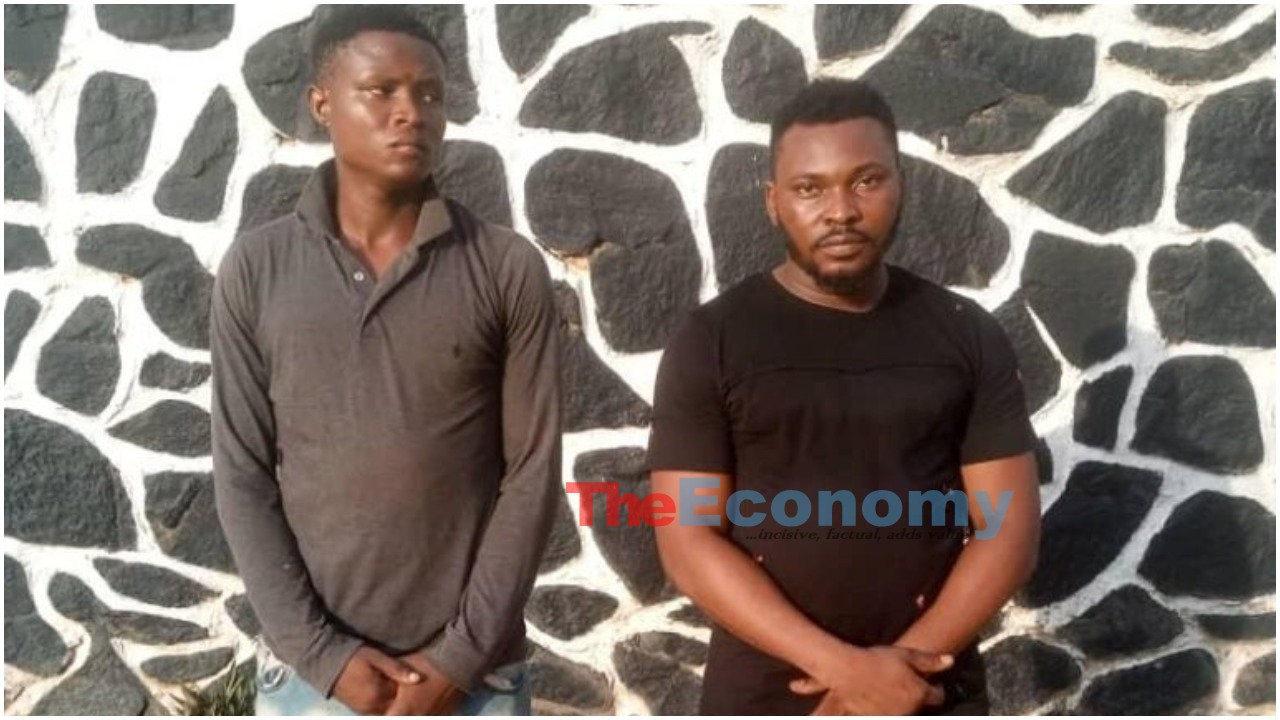 Men of the Ogun State Police Command have arrested two suspects for allegedly gang-raping a 19-year-old girl and filming her nude. The suspects — Damilare Oyeniyi, 30, and Emmanuel Okori, 20 — reportedly committed the crime on December 12, 2020 in the Sango area of the state. They were arrested four days later by policemen attached to the Sango Divisional Police Office. 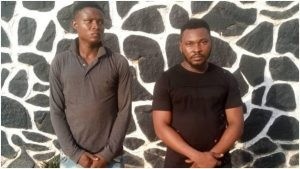 The state Police Public Relations Officer, Abimbola Oyeyemi, confirmed the incident in a statement on Sunday. Oyeyemi explained that the suspects were arrested following a report lodged at the Sango Police Station by the victim.

He said the teenager reported that Oyeniyi and Okori, who were her neighbours, dragged her into the room of one of them, stripped her naked, filmed her nude and took turns to rape her several times. The police spokesman said, “Upon the report, the DPO Sango division, CSP Godwin Idehai, detailed his detectives to go after the suspects and bring them to book.

“The investigative effort of the detectives paid off on December 16, 2020, when the duo were eventually arrested. On interrogation, the two suspects confessed to the crime. They confessed that they videoed her nude, which they used to threaten her not to report or else the video would be posted on social media.

“The state Commissioner of Police, Edward Ajogun, has ordered the immediate transfer of the suspects to the Anti-Human Trafficking and Child Labour Unit of the State Criminal Investigation and Intelligence Department for further investigation and prosecution.”