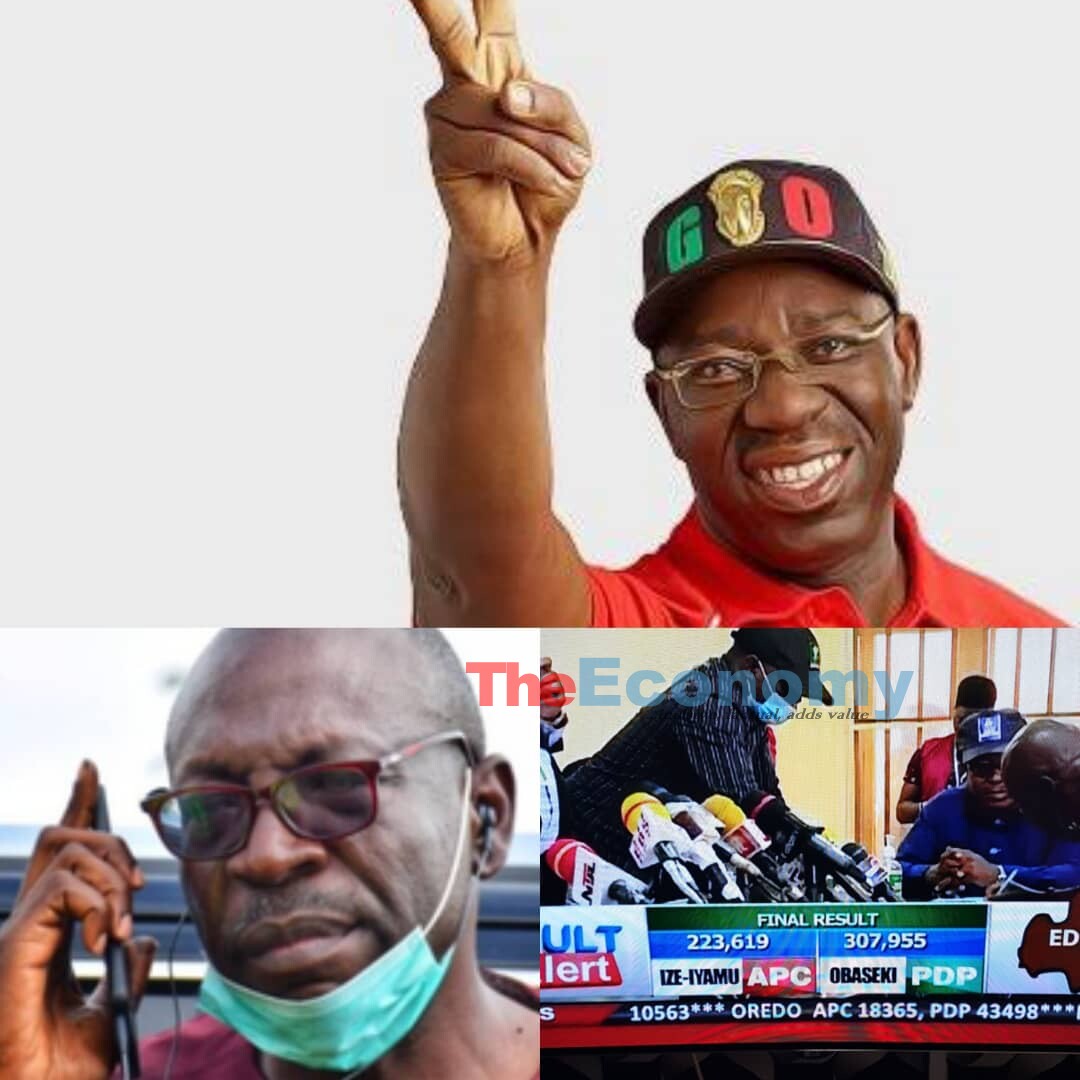 As Godwin Obaseki savours the sweet taste of victory in the just concluded Edo governorship polls, he would certainly look back to see how far he travelled to conquer.

Obaseki would not forget his fallout and eventual rejection by APC leadership in Edo,  which denied him ticket in preference to a stooge who was willing to do their bidding at the expense and detriment of the state and people of Edo. He remained focused by refusing to be coerced into any form of settlement and control that would compromise government loyalty and resources.

He would surely remember how people called him ‘Mr Desperate’ for jumping ship into PDP, another type of APC, whose leaders and party candidates saw him as an usurper who came to harvest where he did not sow. Of course, if he was so desirous to  make people relinquish their hard earned positions, he had to show understanding that ‘there’s no free meal in Freetown’.

Neither would GO fail to see the grand conspiracy of the Edo legislators, goaded by their ‘master of clandestine mischief’, whose main  intention was to impeach him. The intimidation he faced was quite overwhelming. He was literally in a contest against the APC trio of Ize-Iyamu, Oshiomhole and Tinubu at once.

But two things happened quickly and simultaneously that turned the tide of support from APC to PDP’s favour. In a viral TVC  video broadcast, Bola Ahmed Tinubu, the APC’s National Leader, did not bother to promote or campaign for Pastor Ize-Iyamu, the APC candidate. Neither did he convince the electorate why they should vote for him. Instead, he preoccupied himself with  the task of maligning Obaseki,  the candidate of another party, telling  Edo people to reject him. This was seen as grossly undemocratic, unacceptable and an insult on the sensibilities of the highly enlightened people of Edo state.

This was a clear signal that the state was on the verge of being hijacked by Tinubu, a deft political entrepreneur, in collaboration with Adams Oshiomhole in their mooted plans for 2023. At this point, many  governors and party leaders in the APC campaign train allegedly shifted their support surreptitiously to Obaseki. The Edo election mantra of “Edo no be Lagos” spread like wildfire. The sloganeering was an allusion to the unceremonious removal of Ambode of Lagos state because the former governor refused to bow to the dictates of his political godfather.

Added to the above was the heavy presence of security in Edo state: 31,000 policemen deployed, in addition to numerous intelligence and safety personnel. Also, the early arrival of electoral observers, especially from CDD, AU, EU, US, UK and others helped to keep people in check. The pockets of violence, thuggery, financial inducements and snatching of ballot boxes experienced, were so insignificant as to change the narrative in favour of Obaseki.

Besides his grassroots popularity, GO’s victory is seen as the people’s victory against enslavement and political profiteers. He even won glaringly in Ize-Iyamu’s local government. While commending INEC and the police, Governor Wike said ‘God has used Obaseki to fight gidfatherism’.

While the APC Campaign Council has rejected the election results, accusing PDP of rigging the election, President Muhammadu Buhari has congratulated  Obaseki, reiterating his commitment to free and fair election.