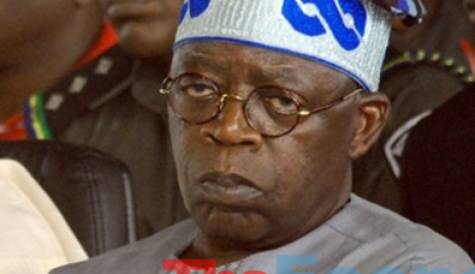 Leader of the All Progressives Congress, Bola Ahmed Tinubu had on Tuesday, in a viral video aired via TVC, asked the electorates in Edo to reject Governor Obaseki, who is seeking re-election in office on Saturday.

Obaseki is the candidate of the Peoples Democratic Party in the September 19 election.

Tinubu accused Obaseki of being a dictator in Edo, noting that the governor also lacked the rule of law and respect for the people of the state.

He said, “I want to appeal to you to reject Godwin Obaseki in this coming election. I have suffered with many others to bring about this democratic regime that today we are enjoying in the country.

“Then, Godwin Obaseki didn’t participate in any aspect of the struggle to enshrine democracy in the country.

“Therefore, he could not understand the value and the pains associated with this democratic struggle.

“He does not deserve any democratic ballot paper. Don’t vote for him, I appeal to all of you.

Reacting on Wednesday, many Nigerians said Tinubu’s utterances on Obaseki was uncalled for and should be condemned.

They explained that the APC National Leader cannot tell the people, who to vote for during elections in the country.

One of them, Prince Zephaniah, described Tinubu as a non-democrat for attacking Obaseki in the viral video, noting that the people can no longer be deceived.

He said, “We saw the democratic struggle that turned him to Lagos landlord. The generation that was deceived in this country is dead. You can’t deceive this generation again.”

Akorede Oladipupo said Tinubu needed to be aware that the Nigerian people were now wiser.

“I’m not for any political party because they are the same, but how could someone that called himself a democrat ask people to reject someone. So, he is not a democrat.

“But when he was in their party, he was holy then? You (Tinubu) are rejected already, Nigerians are waiting for you to declare your ambition,” he said.

Akinyemi Opeyemi, one of those who also commented on the attack, wondered why Tinubu had refused to talk more on the issue of insecurity and the hardship being faced by Nigerians under the APC-led federal government.

“He (Tinubu) is less concerned about insecurity and hardship in the country but how to expand his tentacles. Shame on those defending politicians like this. He is not a democrat,” he said.

Mr Uche Wills, another commentator, said the former Lagos governor does not have the right to tell Edo people, who to vote for during Saturday’s governorship election.

“Edo people are wise. Edo State is not Lagos. Tinubu can’t fool Nigerians again after he landed the whole nation in a mess. He doesn’t have shame and can’t tell Edo people whom to vote for,” he said.

Also commenting, Ben Adeleye accused the APC National Leader of being greedy and selfish for asking people to vote against Governor Obaseki.

He said, “Can you imagine the level of his (Tinubu) greediness. When he (Obaseki) was in APC, they said Edo should vote for him.

“Now, he is in a different party, they want the people to reject him. This is greediness and selfishness.”

For Igbinovia Osaze, the people of Edo State would surprise Tinubu during Saturday’s governorship election due to his attack on Obaseki.

“Thank you Tinubu for making us know how seriously you need to add Edo State to your colonies where you milk state resources.

“We are smart and alive to know your antics and if you like bring your bullion vans to our state, after all, it’s our national cake,” he said.

In what promises to be an epic battle, Saturday’s election in Edo is actually between Obaseki and  his former godfather, Oshiomhole. It may determine the end of godfatherism in that state and the political relevance of Comrade Oshiomhole in Nigeria.