Obaseki’s re-election: Not yet uhuru 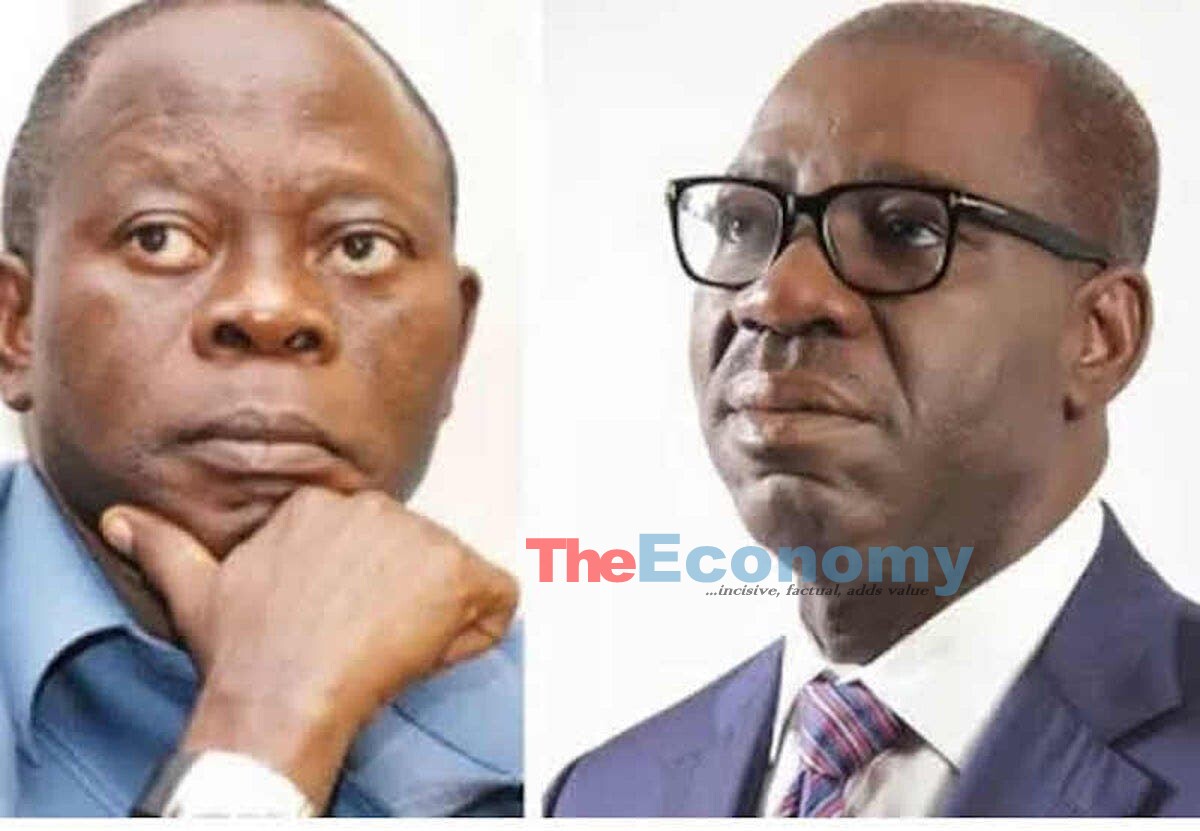 Governor Godwin Obaseki’s emergence as winner of the gubernatorial election may mark the  end of a hot contest that attracted the attention of the world, but certainly not the end of the story as a new phase likely to witness a long drawn political struggle for the soul of Edo State, may soon begin.

That President Muhammadu Buhari and Pastor Osagie Ize-Iyamu have congratulated Obaseki is an indication of sportsmanship but may not change the scenario.

This is so because of the importance of the state as the only foothold of the All Progressives Congress in the South South geopolitical region of the country and the possibility of a fight by the Oshiomhole-led forces. Added to that is the fact that 2023 is close by.

These issues and more are likely to engage the attention of analysts in the days ahead.

The economyonline interacted with some political observers in Abuja and discovered that while the verdict of the polls as declared by the Returning Officer, Prof. Akpofure Rim-Ruke, did not come as a surprise to those whose perception of Obaseki was as a performing Governor unfairly treated and edged out of his former party, many others saw it as a major upset that has dealt a big blow to the APC.

They further argued that in as much as the names on the ballot were Pastor Ize-Iyamu and Obaseki, it was actually a contest between an Oshiomhole whose dream was to establish himself as the Lord of Edo politics, and an Obaseki that wanted to prove that he could succeed without a godfather.

Now that Edo has gone to PDP, and APC is nonexistent in the South South geo-political zone of the country, Oshiomhole’s relevance in Edo and indeed the ruling party which he superintended as National Chairman at a time, appears to have been badly hit.

But then, many are of the opinion that for Obaseki, it is Not Yet Uhuru.

If the reputation of Oshiomhole as a dogged fighter is as good as it sounds, they don’t see him going down without a struggle and that could come by way of asking the courts to revisit the certificate issue, amidst a myriad of technicalities and loopholes in the election that he may decide to exploit.

It’s certainly not yet over.