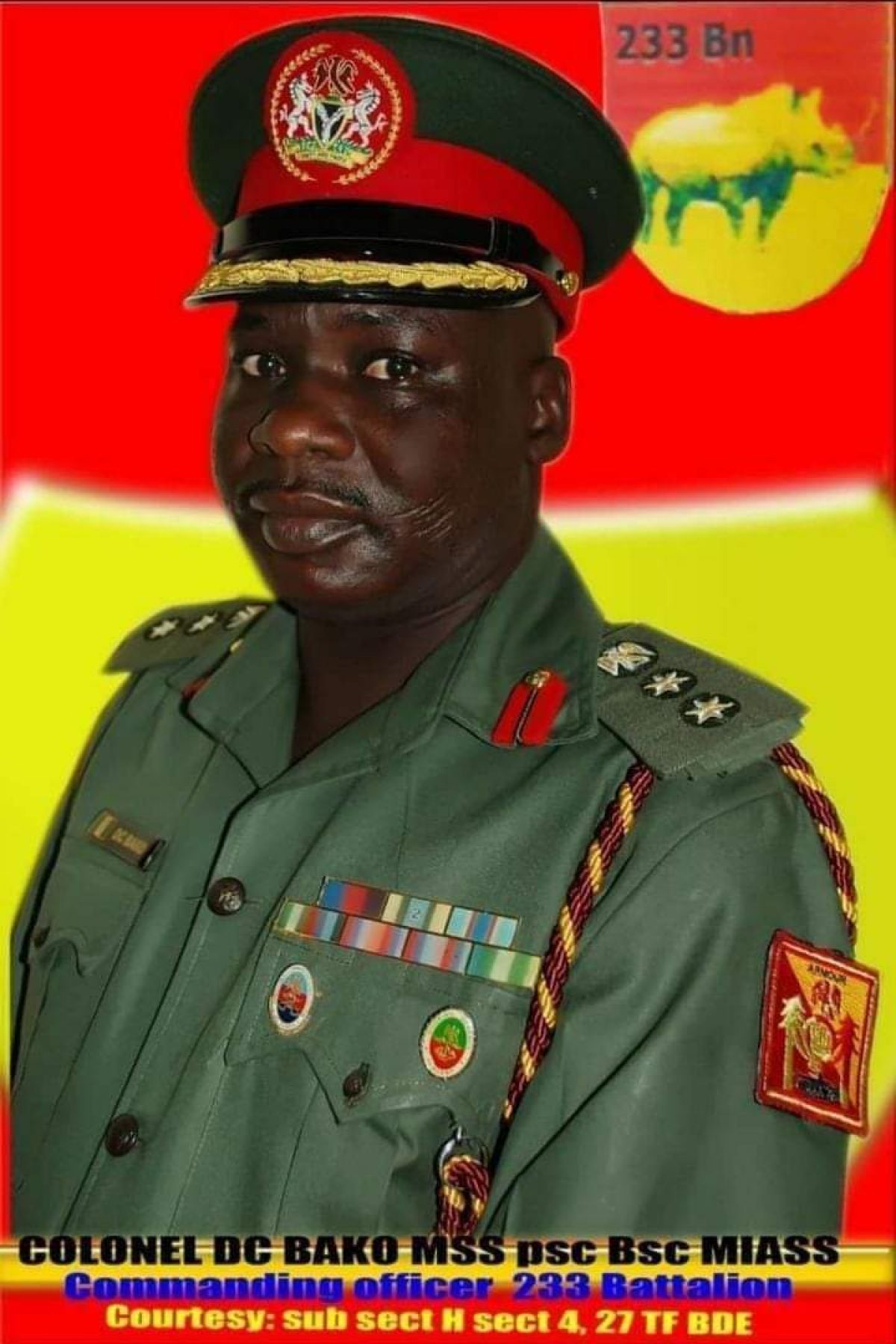 Nigerian Army has confirmed the  death of Colonel  Bako, after an  ambush by Boko Haram terrorists.

The army described D.C. Bako as “one of our gallant and finest war heroes.”
PREMIUM TIMES reported the ambush was near Damboa, which led to the death of Mr Bako, a colonel who also commands an army brigade in Damboa.

Ado Isa, the spokesman of the Nigeria Army’s Operation Lafiya Dole, in a press statement, confirmed the death.

He said Mr Bako was until his death the commander of 25 Task Force Brigade in Damboa.

Mr Isa said the colonel died in a military hospital where he was receiving treatment after the ambush attack.

The statement was silent on the fate of the soldiers who were with Mr Bako during the ambush with an army source telling PREMIUM TIMES that six other soldiers died in the ambush. That information was, however not corroborated by other sources.

“Operation LAFIYA DOLE wishes to intimate the general public of the demise of one of our gallant and finest war heroes Col DC Bako. It could be recalled that the professional, gallant senior officer who always led from the front and a patriotic Nigerian, led a patrol to clear Boko Haram Terrorits from Sabon Gari-Wajiroko axis near Damboa when his patrol team ran into an ambush at about 10 a.m. on Sunday September20, 2020. Under his able leadership, the troops cleared the ambush resulting to the killing of scores of terrorists and recovery of weapons and equipment.

“Sadly however, he was wounded in action and immediately evacuated by the Air Task Force Operation LAFIYA DOLE to the 7 Division Hospital at Maimalari Cantonment. The late senior officer was recuperating well after successful operation at the hospital, in good spirit and also said his prayers in the early hours of this morning before his sad passing at the hospital. May Almighty Allah grant his soul eternal rest. Ameen.

“The Chief of Army Staff, Lt. Gen. T. Y. Buratai, on behalf of himself, gallant troops of Operation LAFIYA DOLE and indeed well meaning Nigerians, hereby express his heartfelt condolences to his esteemed family. We are most grateful for his contributions and sacrifices to our fatherland. May God grant eternal rest to the gentle soul of Col. D. C . Bako and the souls of all Nigerian Army officers and soldiers who paid the supreme price in the defence of our fatherland.”