PTF Disburses N1bn Each To 32 States 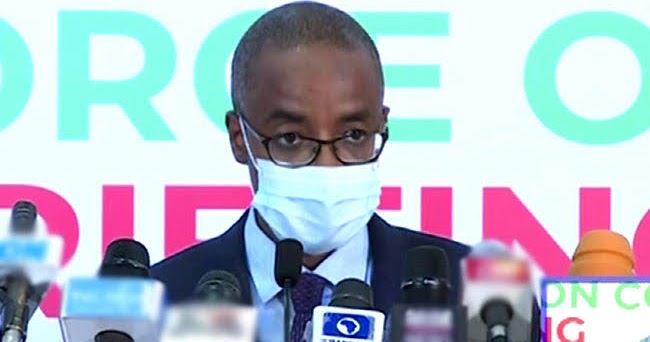 PTF Coordinator, Dr Sani Aliyu announced the disbursement of the sum on Monday during a briefing in Abuja, the nation’s capital.

“This is for the purpose of driving their COVID responses and we are asking them to prioritise testing in addition to surveillance activities linked to COVID-19,”  he said.

On his part, the Director-General of the Nigeria Centre for Disease Control (NCDC), Dr Chikwe Ihekweazu, lamented the decline in confirmed COVID-19 cases in the country.

Ihekweazusaid the Federal Government observed a decline of 36 per cent in the infections recorded in August compared to those reported in July.

He, however, explained that the government cannot celebrate yet, adding that testing in many states is very low.

“The number of reported cases daily has declined nationally in the last few weeks. We have seen a 36 per cent decline in August compared to July on national figures.

“Unfortunately, we cannot celebrate this until we test sufficient figures in every state,” the NCDC boss maintained.

Speaking also, PTF Chairman and Secretary to the Government of the Federation (SGF) Boss Mustapha called for greater vigilance both on the part of the government and the citizens.

He explained that the call is important because the country’s economy has been devastated by the global pandemic.

The SGF stressed that the President Muhammadu Buhari administration,  as a serious government, is pushing through with reforms that will help the nation’s economy recover from the effect of the virus.

“The call for greater vigilance is underscored by the fact that our economy has been seriously affected by the pandemic and we are pushing through with home-grown economic recovery strategies to cushion the economic impact of the pandemic,” he said. While cautioning Nigerians on the need to observe all protocol stipulated by health authorities, he regretted that the masses no longer wear face masks.