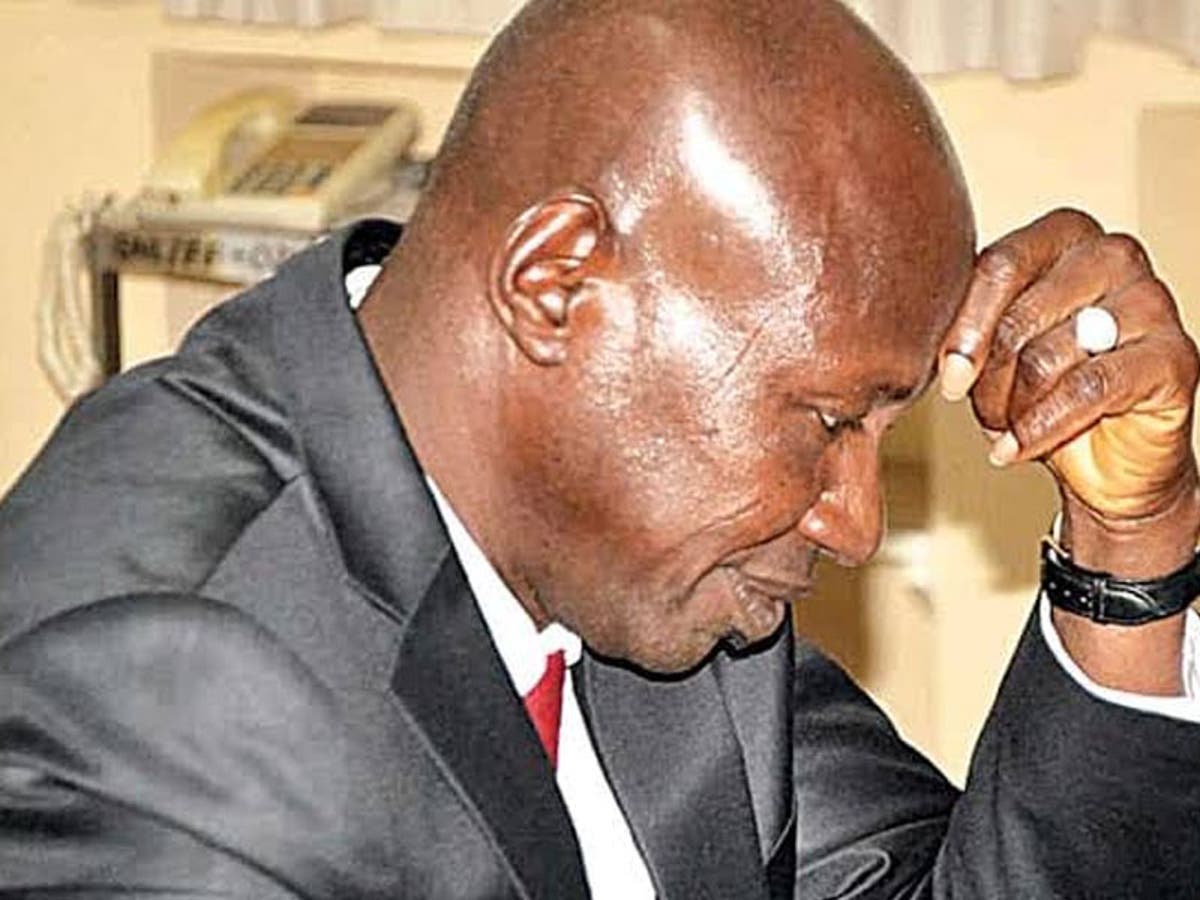 The presidential panel that probed former acting chairman of the Economic and Financial Crimes Commission, Ibrahim Magu, has revealed that 14 fraud cases involving N118 billion and $309 million were abandoned by the anti-graft commission under his watch.

In July 2020, as acting chairman of the EFCC, Magu was arrested, detained, and suspended. He was brought before the Justice Ayo Salami-led panel on allegations of gross misconduct.

The panel headed by Ayo Salami, former president of the court of appeal, was set up to probe the EFCC from May 2015 to May 2020, when Magu was in charge of the agency. He was further accused of suppressing high-profile cases involving four ex-governors, one of whom is currently a senator.

According to a report by TheCable, the final report was submitted to President Muhammadu Buhari in November 2020. The EFCC, under Magu’s watch, was also accused of not remitting a N48 billion loot recovered in foreign and local currencies.

The former EFCC boss was alleged to have mishandled the recovered loot and sold seized assets to his associates.

The report reviewed written and oral testimonies of over 100 witnesses, having overtaken nationwide physical verification of recovered forfeited assets, including real estate, automobiles, vessels, and other non-cash and cash assets.

The review of the report of the Presidential Committee on Audit of Recovered Assets showed that the anti-graft commission gave contradictory figures on the total number of recovered real estate.

“That EFCC failed to produce before PCARA the evidence/record of the difference of thirty-nine billion, three hundred and fifty-seven million, six hundred and eight thousand, one hundred and nineteen naira, forty-three kobo.

In addition, the panel alleged that Magu abandoned multi-million dollar fraud cases involving high-profile individuals and transferred some officials of the commission investigating the cases.

He was also accused of disobeying court orders and presidential directives.

It added, “The commission observed from its findings that prosecutorial decisions by Ibrahim Magu on case files were based on his personal whims, as against the law and facts. The commission also notes the prevalence of widespread corruption, abuse of power and pervasive impunity in the running of the EFCC.”

The panel also said records of forfeited assets were poorly kept by the commission.

Under Magu’s watch, the panel stated, eight plazas were seized by EFCC but the commission reported no forfeiture of the plazas.

According to the report, the vessels seized by the commission were neglected, and they sank into the sea with a substantial quantity of petroleum products.

It further revealed, “In 2016, Magu halted the process of disposing of two finally forfeited vessels, MT Good Success with 1,459 metric tons of PMS; and MT Askaris with 3,423,097 metric tons of crude…the cargoes eventually sank…Magu also asked the navy to release two vessels conveying illegally refined AGO to their owners,” the panel said.

“Thirteen water vehicles (vessels) handed over to the EFCC by the Nigerian Navy, out of a total number of 154 vessels, have submerged (sunk) with tons of contents.

“The submissions made by the EFCC before the commission shows that, from inception to date, the total number of non-cash assets recovered under final forfeiture was 3133. The analysis of the recoveries shows that some of the assets were disposed of, forfeited to a third party or negligently lost. The commission conducted physical verification of recovered assets across the country from 1st-27th October 2020. The outcome of the exercise was revealing as some of the forfeited assets have been lost, deteriorated, physically possessed by the suspects, or could not be traced and in some instances remain in occupation years after their final forfeiture.

“The EFCC reported disposal of 275 real estates, but the judicial commission only confirmed 76 disposals.”

When contacted by our correspondent, the EFCC’s spokesperson, Wilson Uwujaren, stated that the commission was yet to receive the report of the Salami-led panel.

He said, “We have not seen such a report. However, the panel was set up by the federal government and not the EFCC. Hence we know nothing about it at the moment.”