FG gets N392bn Tax from Companies in 3 Months 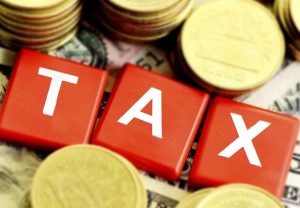 The Federal Government has received  N392.77 billion as Company Income Tax (CIT) from breweries, telecommunications companies, and others in the first quarter of 2021. According to data on CIT published yesterday by the National Bureau of Statistics (NBS), the amount was higher than the N295.72bn generated in the fourth quarter of 2020.

Breweries, bottling and beverages generated the highest CIT of N23.26bn and closely followed by professional services that includes telecoms with N18.17bn.

State ministries and parastatals generated N17.35bn while textile and garment industry generated the least of N13.49 million. Mining was higher at N34.40m while Automobiles and Assemblies generated N73.57m.

The report showed that out of the generated amounted in the first quarter, N152.33bn was from local industries while N184.59bn was generated as foreign CIT payment.

NBS reported that the balance of N55.85bn was generated as CIT from other payments.