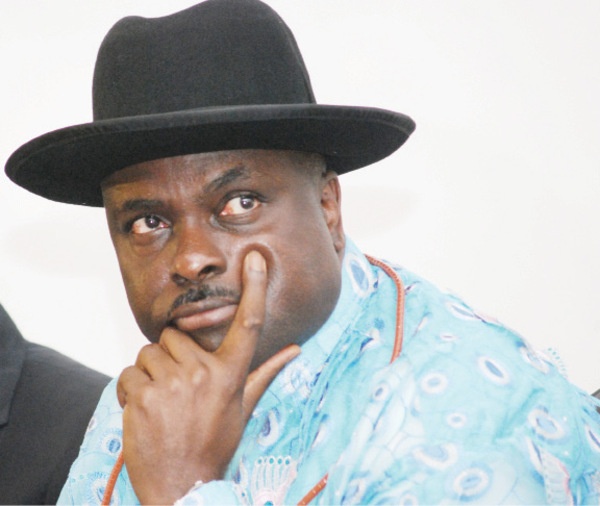 The federal government, yesterday, confirmed receipt of £4,214,017.66 million recovered from former Governor James Ibori of Delta State. The Attorney General of the Federation and Minister of Justice, Abubakar Malami, who made the confirmation, said the money had been credited into a designated Federal Government account since May 10.
He had signed a memorandum of understanding (MoU) for the repatriation, noting that the development was in line with the current administration’s posture to sustain the country’s reputation as being one that deployed recovered assets to the execution of people-oriented projects.
Since the pact for repatriation of the funds, there have been heated argument among Nigerians on whether the money should be returned to the Delta State Government.
Governor Ifeanyi Okowa and elder statesman, Chief Edwin Clark, had maintained that the money is returned to the state where it was allegedly misappropriated. But the Federal Government argued that the fund is deployed for better infrastructure, including the Second Niger Bridge, Lagos–Ibadan and Abuja–Kano expressways.
Reacting, the Delta State Government said it will keep engaging the federal government through dialogue for sharing of the recovered loot.
The immediate past Commissioner for information, Charles Aniagwu, said the federal government, being a good father, would be just in dealing with the issue.
He said the central government had shown a lot of “good faith and maturity by listening to questions we raised over the looted funds and the state would be accommodated in due course.”
Also, the House of Representatives member representing Ughelli and Udu Federal Constituency of Delta State, Francis Waive, has insisted that the money should be returned to the coffers of the state government. He identified with the position of the Delta caucus, led by the Minority Leader, Ndudi Elumelu on the same issue.