Ex-knight arrested for defrauding Anambra bishop, others of #15 million 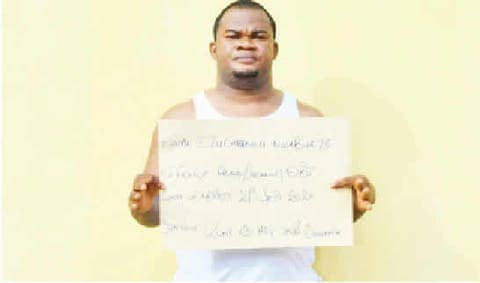 The Zone 13 Police Headquarters in Ukpo, Anambra State, has arrested one Izuchukwu Nwabueze for allegedly defrauding an Anglican bishop and 10 others. It was gathered that Nwabueze, a relation of an oil mogul in the state, recently renounced his Anglican knighthood.

He allegedly defrauded his victims, amongst whom were a hotelier and other prominent indigenes of the state, to the tune of #15 million on the pretext of using the funds to furnish the residence of the Assistant Inspector-General of Police, Dammalam Mohammed, who was newly posted to the area. A statement released by the Zonal Police Public Relations Officer, Nkeiruka Nwode, said the suspect would soon be arraigned.

She said the AIG had instructed those defrauded to report at the zonal headquarters at Ukpo, and cautioned members of the public to be wary of the new fraud trends.