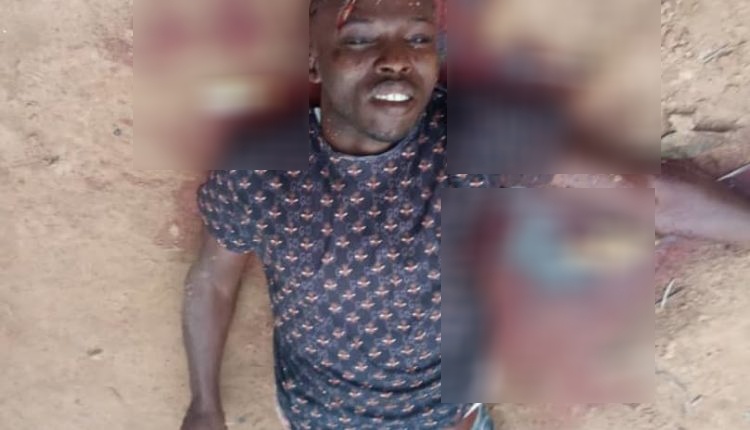 A 30-year-old man, Onyinye Onwuka, has been shot dead following a land dispute between the Obodogwugwu and Ugbolu communities in the Oshimili North Local Government Area of Delta State.

It was gathered that the victim, who hailed from the Idigbe-Ocha Quarter, Obodogwugwu, in the Okpanam community, was shot dead in a bush on Sunday by yet-to-be identified men.

It was learnt that the deceased and some youths from Obodogwugwu had gone to a parcel of land located between both communities to map out the road network in the new layout.

Community sources said the deceased was shot during an altercation with youths suspected to be from the neighbouring Ugbolu community.

One of the sources explained, “There has been a lingering land dispute between the Obodogwugwu and Ugbolu communities, which has gone unresolved for several years.

“Four years ago, the people of Ugbolu took the matter of the ownership of the land to court and lost to the Idigbe-Ocha Quarter, Okpanam.”    ,,

When contacted, the state Police Public Relations Officer, DSP Onome Onovwakpoyeya, confirmed the incident on Monday, adding that investigation had commenced into the matter.

“The information we got is that the man was killed over land matter; for now, no arrest has been made but our men are on top of the situation and will soon get the perpetrators,” she stated.