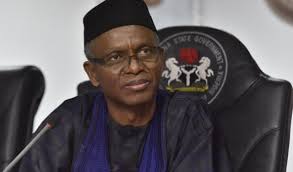 THROUGHOUT his public career, Nasir el-Rufai has sallied about as if a medieval pasha whose word was edict. He sought to forge a   relationship with the public that was also a regressive throwback to a bygone era where rulers deemed themselves so superior to the average person that they inhabited a space beyond public scrutiny where the only permissible public reaction to their deeds was adoration. As such, Governor Pasha el-Rufai rode roughshod over the people as his arrogance led him. Whether as Director-General of the Bureau of Public Enterprises or Minister of the Federal Capital Territory Abuja, el-Rufai literally terrorised people with his arbitrary policies and actions.

He would later write a book full of confidential government documents and reports of conversations he had pledged to hold secret. But likely violating the law regarding unauthorized release of government documents or violating the ethos of political comportment by exposing the secrets of others is predictable el -Rufai behaviour. He sees himself as superior to all and everyone. Thus, he is not to be constrained by the laws and morality that constrain the regular person. He sees himself as a political superman or as the Germans would say, ubermensch.

Through this rather odd book, he christened himself an accidental public servant as if he somehow stumbled into these positions he held or that he really did not want them but was compelled toward these roles because no one could do as he did. That no one could do as he did is a thing for which we should be extremely thankful. For el-Rufai destroyed more than he created, he arrogated to himself more than he gave to the public. By the way, I wonder if this accidental civil servant can explain how one accidentally bulldozes people’s homes and businesses. The true accidents in all of this are those few occasions when he acted in the public good instead of seeking to advance his own ambitions. Now, those such occurrences when he mistakenly helped an average person are true accidents, because he did not intend them.

By his temperament and actions, this man is actually better suited to be a bullfighter or a professional wrestler than the governor of a religiously and ethnically diverse state or a political leader in a democratic setting. He is a ruffian and a schemer not a mediator or a statesman. He is as subtle as a madman screaming in a crowded elevator or an innocent and defenceless village set on fire. He is like the leader of a inhumane cult who will seek to punish anyone who does not see him as deity in human form. The man is as fit for public office as a horse is to fly an airplane.

His watch as Governor of Kaduna State has exposed the violent and intolerant flaws in his character. He has acted with no compassion, little foresight and an enormous amount of recklessness and hatred for those citizens of the state who do not bow to lick his sandals. His administration has been characterised by intense highhandedness and arbitrariness rarely seen in public governance. Perhaps we could excuse all this excess negative baggage had he somehow managed to move the state forward. Instead, he has become the single greatest factor tearing his state apart. It is not so much that thousands have perished on his watch. The worst is that he cannot even pretend to care. He actually looks and moves as if he enjoys the deaths of those who died. In him, there is no questioning and no search for better answers.

For more than he wants peace is that he craves the elimination of those who dislike him. He is not comfortable in a democratic setting where a large segment of the population does not favour you. He does not want to spend the time to win over those who oppose him. He would rather suppress them and if others seek to do great harm to such people, he will do little to shelter or protect. In his mind, they deserve the worse for not thinking he is the best. If they are to be laid in their graves, he thinks good riddance. If they are to lose home and farm, his hope is that his allies will move in and take over. As such, his deportment has played its part in the insecurity in the state and the wanton killings that have ravaged Southern Kaduna. Insecurity and the incessant killings have come to define el-Rufai’s haggard and heartless rule in that North-western state.

It is therefore not surprising that the Nigerian Bar Association withdrew its invitation to the unruly governor to address delegates at its annual conference, the 60th this year. What seems surprising or accidental was that the NBA would have deviated so far from its stated principles and mission as to invite him in the first place. It is an utter surprise that the association considered el-Rufai at all for that honour.

El-Rufai’s performance in office thus far has been dismal to say the least. Instead of showing some contrition for the wreckage that his administration has become, he keeps to his infamous temperament. His utterances are indecorous; his language is often the uncouth stuff of a boxing ring. That he has been disinvited due to public revulsion is an act a long time coming.  The evidence against his conduct is long, convincing and forever mounting. In July 2008, the Joint Senate Committees on Federal Capital Territory (FCT) and Housing recommended that el-Rufai be banned from holding public office due to his encyclopaedia of transgressions against law and public policy.

The committee’s interim report tabled before the Senate declared that, “Mallam Nasir el-Rufai is not a fit and proper person to hold public office in a democratic set up.” This conclusion was true then. It is truer now. The years have not helped el-Rufai find a heart, learn the ways of democracy or taught him to love others. Instead, the years have further amplified his great flaws. He is a prisoner to his impulses and obsessions, not their master; this is the reason that he believes he must master other people.

This is why the NBA dis-invitation is warranted. el-Rufai’s inclusion in the NBA convention had sparked outrage and protests on social media. A lawyer, Usani Odum, started the petition against him. Unsurprisingly, support for the petition grew like wildfire. Within a few days, well over 3000 signatories had signed the petition on Change.Org, the platform created for the purpose. To demonstrate the importance of the mission, the lawyers followed the petition with a formal request. In a separate letter titled, “Request to Withdraw the Offer of Platform at the 2020 Annual General Conference of the NBA to Mallam Nasir el-Rufai,” addressed to the Chairman, Technical Committee on Conference Planning, NBA, Prof. Koyinsola Ajayi, the lawyers said the governor must not be allowed to speak at the conference. The lawyers listed ten allegations against el-Rufai and his son, Bello, who is a Special Adviser to Kaduna Central lawmaker, Senator Uba Sani.

Faulting the NBA for inviting el-Rufai, the lawyers cited the governor’s stark human rights record and his inability to even seem to want to stop the killings, particularly in Southern Kaduna. In the end, inviting el-Rufai to the NBA event was like inviting a wolf to a convention of lambs. The outcome is negative and preordained.  El-Rufai’s and his cronies have attempted to give some ethnic or religious coloration to his dis-invitation. This is inelegant and wrong-minded. Neither ethnicity nor religion has anything to do with the matter. Human rights record is neither about ethnicity nor religion. No ethnic or religious group told the Kaduna governor to abuse human rights or debase the democratic system.

Popular activist-lawyer, Femi Falana, asked el-Rufai to blame himself for his predicament, saying he lacked the moral right to speak at the conference. According to Falana, el-Rufai has a penchant for disobeying court orders right from when he was FCT Minister, an action inconsistent with the rules of NBA. Falana’s letter to the NBA read: “You will agree with us that Mallam el-Rufai’s penchant for disobeying court orders is inconsistent with the aims and objects of the Nigerian Bar Association, which includes promotion of rule of law.”

Notwithstanding the tight situation he has found himself, his ego deflated and tattered, el-Rufai is trying to act like he is not hurt.  He is still spewing words and rhetoric as if he is about to go to war. Rather than apologise for his past misdeeds and seek moral rebirth, Mr. Governor is beating his chest. Him and his flunkies are claiming that the NBA was wrong to disinvite him without a hearing as this abridges his rights. This man who likes to imprison people contrary to court orders and tear down houses without rhyme reason or warning is now preaching observance of due process. His hypocrisy is monumental.

There is no constitution right to speak at the NBA convention any more than there is a constitutional right for him to march into my house and eat what little food I have left. More to the point, if I was wrong to disinvite him without a hearing, it was also wrong to invite him without an appropriate hearing. If he is to claim he was disinvited without due process he must also admit that he warmly received the invitation, though it was given without due process as well. Clearly his argumentation explodes of its own illogic.

His remonstration is laughable. We are familiar with his antics. We know him all too well. Not only should he be disinvited from the NBA conference, he should be disinvited from public affairs in their entirety. Nigeria and Kaduna would do much better without him.

Bello is a Public Affairs analyst based in Kaduna