Gas should power post-Covid growth for our low-carbon future 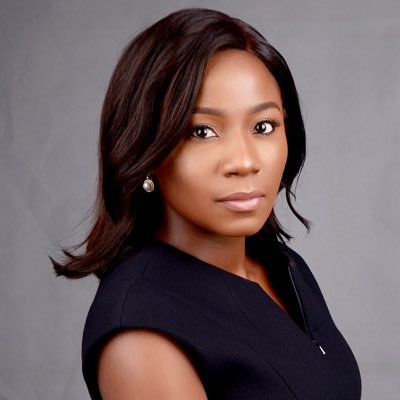 COVID-19 has exacerbated the fragility of West African countries where population growth continues to outpace economic growth, relegating millions to extreme poverty. Further, pandemic-related shutdowns have muted global oil demand and, in turn, limited the measures that oil-dependent economies can implement to mitigate the effects of COVID-19.

In Nigeria, the region’s largest economy, the unemployment rate is near 30%, and reduced revenue constrains the government’s capacity to provide relief to the more than 80 million people who live on less than $1/day. Facilitating broad-based economic growth for West African countries to achieve upper middle-income status has become even more difficult of a challenge.

Access to affordable and reliable energy is critical to the region’s development, and renewables— solar, wind and hydropower—will certainly play a role in West Africa’s energy mix.

However, the region’s abundant natural gas resources should underpin its energy system as natural gas can best provide the energy intensity needed for the next stage of West Africa’s development. Despite their constrained finances, governments should therefore double down on policies that encourage the development of natural gas energy systems. Infrastructure development, manufacturing, and industrialization are vital components of transitioning West Africa to an upper middle-income-region.

West Africa’s high costs of electricity, when adjusted for grid reliability and self-generation costs, remain an impediment to competitiveness. Electricity outages cost Gambian firms as much as 15% of their annual sales, for example. A natural gas dominated energy system in West Africa offers a credible pathway to millions of high paying jobs while still decarbonizing.

On a levelized cost basis, energy from combined-cycle natural gas turbines is more affordable than diesel and solar technologies when factoring in the cost of storage. In addition, natural gas plants are more than twice as reliable as solar plants and produce four times more energy per acre of land.

The footprint required for power generation will become increasingly crucial in urbanizing and highly decentralized energy markets like Nigeria. These qualities of natural gas plants make them perfectly suited to fuel the industrialization needed for the region’s economic development.

This program aims to be an alternative to grid extension in poor and rural areas where energy demand is low. However, the costs of these systems range from 50% to 200% of monthly income for these households, leaving little or nothing for food, housing, healthcare, or education expenses, which is unsustainable and subsidy dependent.

While solar and battery technologies could become more affordable with further innovation, they do not address the root causes of poverty for the target population.

While energy access is a well-known and important SDG7 metric, it offers little insight into the energy intensity required to achieve economic growth and poverty alleviation. For example, Ghana and Malaysia are similar in population size, with energy access levels at 85% and 100%, respectively.

However, Malaysia’s GDP per capita is five times Ghana’s – partially enabled by its population’s energy consumption, which is thirteen times Ghana’s. Although a target of 100% energy access is laudable, Ghana will industrialize faster, create more high-paying jobs, and eliminate extreme poverty by enabling affordable and reliable energy for commercial and industrial use.

The development of natural gas-based energy systems in West Africa are in line with global trends of gas replacing coal dominated energy systems. Africa’s historical contribution to global CO2 emissions is low— the average German emits as much CO2 as twenty-nine Ivorians in one year.

Therefore, a significant reduction in global CO2 emissions is more relevant in developed economies and achievable with minimal impact on living standards in those economies.

The ambitions of policymakers must be to fundamentally transform living standards rather than merely alleviate poverty. Energy is a key pillar of broad-based economic growth. In West Africa, natural gas, alongside renewables, offers a credible path to achieving higher living standards for generations.

By Olu Verheijen is the Managing Director at Latimer Energy