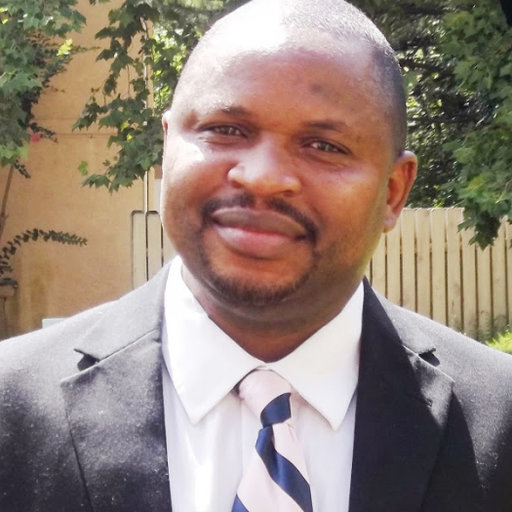 I’ve always had a sneaky suspicion that judgments on election petitions in Nigeria are influenced by political pressures from the presidency, but a conscientious judge who is familiar with the issues and who is deeply concerned about the brazenness of the politicization of election tribunal judgments confirmed my suspicions last week.

One of the thrills and burdens of public commentary is that it connects you with every strand of the society— and with all sorts of information. When I received communication from someone who initially just identified themselves [the use of the singular plural pronoun is deliberate] as a “senior member of the judiciary” who wanted to confide in me, I was a little hesitant.

But being IT savvy— and security conscious—I was able to uncover their identity without letting them know. In time, they sensed that I knew whom they were, so they came clean. They called because they read my columns and have read my opinions on election tribunal judgments.

In September 2019, for instance, I wrote on Twitter that members of the Presidential Election Petition Tribunal who delivered a predictably questionable judgement in favor of Buhari would be rewarded. “Let me give you guys a little homework. From now till 2023, observe what happens to the judges that delivered the laughably tendentious & predetermined #PEPTJudgement,” I wrote on Twitter on September 11, 2019.

“Buhari will reward them and/or their children. He already rewarded INEC’s Mrs. Amina Zakari by appointing her biological son as his SA on Infrastructure. Recall that Buhari has openly admitted that he appointed 84-year-old retired Justice Sylvanus Nsofor as Nigeria’s ambassador to the US because he wrote a dissenting judgment at the Court of Appeal in his favor. He rewarded many others.

But on Friday, August 14, Buhari elevated the same people yet again to the Supreme Court. Justice Mohammed Garba, in case you didn’t know, headed the patently prejudiced Presidential Election Petition Tribunal in 2019 that gave legal imprimatur to Buhari’s electoral heist. Justice Abdul Aboki was also a member of the Presidential Election Petition Tribunal.

Well, the judge who reached out to me last week told me “there is a judicial cabal at the Court of Appeals of Nigeria that writes judgments for election petition tribunals.” They said it was the cabal that wrote “the recent ludicrous judgment of the Bayelsa State Governorship Election Petition Tribunal, which the legal community and commentators have unanimously condemned for daring to overrule the Supreme Court.”

I am unable to share the details they shared with me about the Bayelsa tribunal judgment because doing so will ruin many lives. As a demonstration of the confidence in the authenticity of their information, the judge gave me the contact details of other judges who were in the know of the wiles and pressures that preceded the Bayelsa judgment.

The judge said, “Indeed, the judicial cabal in the Court of Appeal was created by the late Chief of Staff to President Buhari, the late Abba Kyari” with the help of a senior judicial officer whose name I have chosen to omit for legal reasons.

I learned that judges who resent the overt politicization of election petition judgments were ecstatic when Justice Monica Dongbam-Mensem was appointed President of the Court of Appeal through external pressures, particularly the open letter Colonel Dangiwa Umar wrote on her behalf when it became apparent that she was going to be passed over by the Buhari regime.

Justice Dongbam-Mensem was thought to be independent-minded, scrupulous, opposed to politically motivated judicial activism, and capable of dismantling the judicial cabal.  “However, there are indications that she lacks the courage to do so and, may have compromised her integrity,” the judge said.

Apparently, this issue is well-known to most lawyers. Most of them know of this cabal that works in cahoots with the Aso Rock cabal to subvert justice. “The actual writing of the judgments is usually done by a consortium of justices and legal practitioners,” I was told. This subversion of justice by a conclave is a low-risk-high-reward undertaking.  Members of the judicial cabal are routinely compensated with promotion and financial reward.

I know that most people won’t be shocked by this revelation. I wasn’t. But I am sharing it nonetheless for just two reasons. The first reason is archival or, as my late friend Pius Adesanmi put it, “archaeological.” I want it to be noted somewhere in the records that a civilian junta that initially came to power through a popular election later thoroughly subverted the judiciary and made election tribunal judgments predictable charades. The second reason for publicizing this is that it just might spur decent and ethical people in the judiciary to resist the cabal and their sponsors— and possibly inspire a reform.

It’s entirely possible that previous civilian administrations had their own judicial cabals. I have no evidence to make this case. I hope that the conversations that this will provoke would address that.

But no one disputes the fact that no civilian administration in Nigeria’s history has ever arbitrarily removed the Chief Justice of Nigeria because it fears he won’t give a judicial stamp of approval of its electoral malfeasance.

How Many Nigerias Does Tinubu Believe In?

A screenshot of an April 13, 1997 interview Bola Tinubu granted ThisDay with the headline “I Don’t Believe in One Nigeria” trended on social media this week.

In my social media commentary on the headline, I pointed out that, “Nigerian politicians are shamelessly situational ‘patriots.’ They’re irredentists when they’re outside the orbit of power and exaggerated ‘patriots’ when they have access to the public till. A man who didn’t believe in Nigeria when he didn’t have his way now wants to lead it. Ha!”

Tinubu’s defenders said his repudiation of Nigeria was informed by Sani Abacha’s brutal dictatorship, which disillusioned even the most optimistic patriots at the time. Well, Abacha wasn’t Nigeria. You could—and people actually did—condemn Abacha’s villainy without losing faith in Nigeria. To conflate Abacha and Nigeria was shortsighted.

Olusegun Obasanjo was jailed by Abacha, but I don’t recall him ever saying he no longer believed in Nigeria because of Abacha’s ill-treatment of him. In fact, it was precisely his unbending faith in Nigeria in spite of what he suffered under Abacha that inspired northern leaders at the time to support his presidential bid in 1999.

Of course, as I’ve always said, there’s nothing inviolable about Nigeria, and one should be ostracized for questioning the desirability of its existence.  But it is legitimate to wonder if Tinubu, who wants to be president in 2023, now believes in Nigeria and what has caused him to change his opinion.

The government he is a part of now is, in many ways, worse than Abacha’s. Abacha’s fascistic excesses are being replicated many folds. Only that he is not at the receiving end this time. Is he an opportunistic, fair-weather patriot?