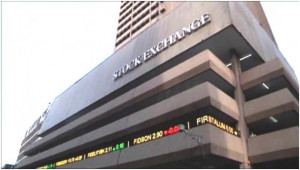 Oscar Onyema, chief executive officer of the Nigerian Stock Exchange predicts that although 2016 would be challenging for the capital market, there are prospects that government’s economic blueprint would restore investor confidence, writes Dike Onwuamaeze.

The Chief Executive Officer of the Nigerian Stock Exchange (NSE), Mr. Oscar Onyema has predicted that 2016 would be a challenging year for the Nigerian capital market and the country’s economy. His prediction stemmed from the fact that the downturn from the 2015 has continued and appeared to be even getting worse, in this first quarter of 2016. Already, the equities market capitalization has gone down from N9.851 trillion as at December 31, 2015 to N7.957 trillion as at January 20, 2016. This implies that the market lost within the first 20 days of this year as much as it lost in the last eight months of 2015.

Moreover, all the major indices of the exchange, except the bonds market capitalization, performed negatively in 2015. For instance, the equities market capitalization in Naira dropped by 14.19 (it dropped by 19.86 percent in dollar equivalent). Likewise, total volume equities and total value turnover of equities fell by 14.40 percent and 28.78 percent respectively. In addition, average daily volume and average daily value of equities declined by 14.05 percent and 28.52 percent respectively. Value of new issues also dropped by 44.93 percent.

Speaking during the NSE 2015 Market Recap and Outlook for 2016, Onyema linked the declining fortune of the exchange to events in the global economy, especially as it pertained to the commodity market. “I will actually be more worried if our index is going up because it would show a decoupling between the exchange and the economy,” Onyema said.

Indeed, 2015 was an uneasy year for the NSE. According to Onyema, the year began with the continued depreciation of the Naira against the Dollar and uncertainty around the direction of economic policies, which fueled an already prevalent bearish sentiment in the Nigerian capital market. This resulted to a significant drop in the ASI, which fell by 17.4 percent in 2015. He attributed this “to a combination of aforementioned factors including political risk, currency volatility and uncertainty in global crude oil prices.”

The worst hit was the NSE Banking index, which crashed by 23.6 percent. It was followed by NSE 30 Index that lost 17.6 percent during the year under review.

However, the NSE bond market recorded increased activities in 2015. Its capitalization increased by 32.7 percent to hit N7.14 trillion as many corporate organizations turned to the bond market to borrow N112 billion in seven new listings. Majority of these new listings were from the financial services sector. Also, the federal and state governments raised N76.5 billion and N35.8 billion respectively from the Nigeria debt capital market.

Onyema, who was apparently satisfied with the positive developments in the bond market, enthused that the NSE would play a major role in financing the federal government’s budget deficit in 2016. He said that “the capital market has an opportunity to effectively finance the Federal Government’s proposed budget deficit for 2016 and the implementation of its Medium Term Expenditure Framework.”

He also anticipated the return of investors who had remained on the sidelines throughout the last year. This was predicated upon return of investor confidence, which would be buoyed by effective implementation and communication of government’s economic blueprint; credibility in monetary policy stands; improved security and relative stability in the macro economy. “The NSE will focus on executing its strategy in order to continue to provide a credible platform for financing the economy. We intend to intensify engagement efforts with the Federal Government.” Three top priorities of the exchange in 2016 are the demutualization of the NSE, establishment of derivatives market and the monetization of the market services suite.