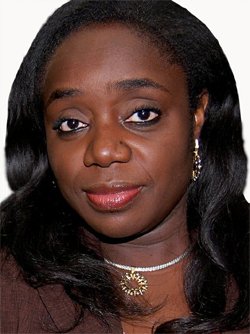 With the crash in the price of crude oil in the international market and the attendant depreciation of the Naira against major currencies, banks are heading for slow growth in key financial indicators, writes Osaze Omoragbon 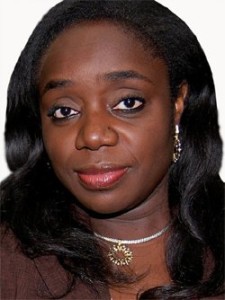 As banks make preparations to unveil their 2015 audited financial statements, experts have advised the investing public to brace for a bad financial year. This is as a result of the gloom that has enveloped the domestic and global economy following the crash in the price of crude oil in the international market and the fall in the value of the Naira against major currencies.

In the past 18 months, the price of crude oil has witnessed a 70 percent drop while the Naira has lost about 50 percent of its value in the black market in the same period. The stock market has also witnessed a 17 percent drop in capitalisation year-to-date. According to sources in the banks, the financial statements are being vetted by the regulators; the Central Bank of Nigeria (CBN) and the Nigerian Deposit Insurance Corporation (NDIC) and it could take to the end of March before the public would have a glimpse of the audited statements.

However, analysts have been poring over the quarterly and half-year unaudited reports of the banks to discern a pattern ahead of the release of the official report. The verdict is unanimous; the banks are heading for slow growth in key performance indicators. In a sign of things to come, early in 2015, some banks in a bid to salvage their dwindling fortunes embarked on aggressive cost-cutting by laying-off workers while consolidating balance sheets. “The audited half-year and nine months financial results could mislead because most banks may show profitability up to then because the Treasury Single Account (TSA) has not been enforced then,” says a management staffer of Zenith Bank who pleaded anonymity.

Indeed, a cursory look at the nine months audited/unaudited accounts of some deposit money banks show key performance indicators edging up even as some analysts fear they could be undone by events in the fourth quarter. Zenith Bank Plc audited nine months financial statement ending September 30th shows profit before tax (PBT) climbing from N86.81billion in 2014 to N104.05 billion in 2015. Access Bank also grew its PBT from N42.155 billion to N60.37 billion.

The most important factors that could affect the bottom-line of banks, according to industry watchers, are the enforcement of the Treasury Single Account (TSA), the price of crude oil which dropped below $30 for the first time since 2003 and the battered exchange rate which tops N300 to the dollar in the unofficial market. Prior to the enforcement of the TSA by the administration of President Muhammadu Buhari, banks earned handsome rewards from Commission-on-Turnover (COT) on deposit of Ministries, Departments and Agencies (MDAs) running into N2trillion.

Banks are thought to have lost several billions in commissions on public sector deposits. The banks, experts opined, could succumb to currency mismatches following the worsening foreign exchange market. Banks that borrowed in foreign currencies would find it hard repaying now that the Naira has slid against major currencies even as the CBN has embarked on some sort of capital controls to stem capital flight. “In the heydays of the boom, some banks actually took on foreign loans and they have to repay it back now that the Naira has lost value,” says Martins Uwa, a financial analyst.

Although Femi Awoyemi, chief executive officer, Proshare Nigeria, believes that sound currency risk management could have mitigated the impact of the downward slide of the Naira, he admits that the devaluation of the Naira as well as the scarcity of foreign exchange magnify the gap in funding.

Already, many observers think the CBN reprimand of three unnamed banks last year to shore up their capital base is linked to the enforcement of the TSA. Last year, the CBN gave the three banks up till the middle of this year to recapitalise or face sanctions. The apex bank has also urged banks to double provision for loans to two percent to build adequate buffers against unexpected losses as liquidity ratios fall. Non-performing loans rose to 4.65 percent at the end of June 2015 due to fall in asset quality following the devaluation of the Naira. Credit risk could be amplified as government and oil companies face revenue shortfalls. “We have to sit down with some of these debtors to renegotiate credits,” says a bank official who craves anonymity.

Indeed, sources claim the banks could face deterioration in asset quality: 20% of loans were made to oil and gas producers and another 4 percent to under performing power companies.

The classification of some banks last year as Systematically Important Financial Institutions imposed stiffer requirements which led some of them to raise money from the capital market to meet the new capital requirements. Others such as Wema Bank have shelved plans to raise funds from the capital market. Although, the CBN has intensified its effort to salvage the dwindling Naira, the ability of the banks to weather the current global economic slowdown without a major crisis remains to be seen.n