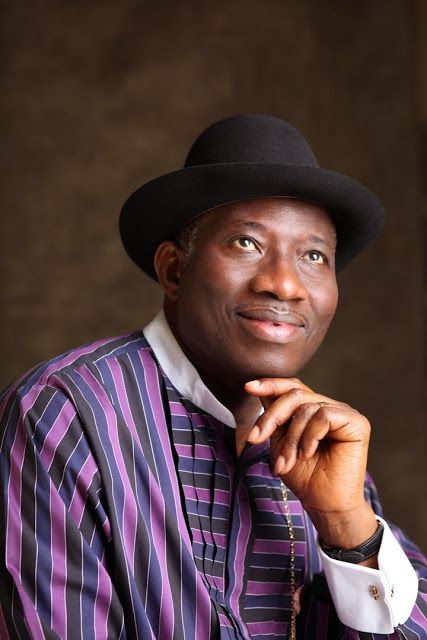 The COVID-19 pandemic has brought about great changes globally, leaving varying effects in different parts of our world. From health, economies to education, politics and sports, the effects of the pandemic come with currents and tides that claim many lives and threaten the livelihoods of many people and the nationhood of some states. People-oriented programmes and policies have been halted while many governments have had difficulties meeting up with their responsibilities because of dwindling revenues.

This pandemic has continued to mount serious pressures on global systems. In Africa, even though the death rate has not been as bad as many had predicted, there are other concerns that the crisis places in the hearts of the different stakeholders. The pandemic comes at a time when the continent is challenged on many fronts: economic, political and security crises serving as impediment to the development quest of the continent.

One obvious takeaway is the need for developing countries, especially in Africa to raise their medical game.

If anything, COVID-19 exposed the challenges faced by countries with poorer medical facilities, thereby necessitating the need to review the state of the hospitals, upgrade them, build new ones and discourage medical tourism in general.

There is also the fear that COVID-19 could compound the problem of fragility in most African countries; with about 30 out of the 50 most fragile nations in the world being in Africa, according to the 2020 fragility index.

As the pandemic surges, leaders and indeed all citizens have a greater responsibility to protect themselves and pursue those ideas that define our humanity and shield our people from the dangers of servitude and despair.

Some of those ideas that the world must prioritise during this moment of global disorder are democracy and good governance. This is the time when we need to pursue all inherent philosophies in democracy in order to salvage our nations from the havoc that the pandemic poses.

As an individual, I am very passionate about democracy, the need for credible elections and good governance in Africa. Since leaving office as President of Nigeria in 2015, I have applied myself to promoting credible, transparent elections and peaceful transfer of power on the continent. This is also the focus of my Foundation, The Goodluck Jonathan Foundation (GJF), which directs its efforts toward consolidating democracy on the continent.

It is for this reason that I joined other world leaders under the auspices of the Kofi Annan Foundation to write an open letter on why democracy should not be the silent victim of the pandemic. In the letter we recommended seven principles that should be taken into consideration during this moment in order to safeguard democracies during this moment and even beyond as there were already signs that the pandemic was eroding democratic cultures in many parts of the world. This is evident in many reported cases of election postponement and the shrinking of democratic spaces as a result of emergency measures imposed by the government as a means of tackling the pandemic.

We advocated that there should be proportionality in carrying out measures that will affect the dates of elections. The letter also recommended that decisions should have broad political support, clear and transparent communication to the public, while actions should be based on the best available technical information, time-bound and mindful of particularly affected groups.

Democracy is critical to our progress and sustainable development, especially as Africans. The AU Agenda 2063 lays a great emphasis on the importance of democracy towards achieving peace and progress. Democracy goes beyond the ritual of periodic elections; it is a process of nation building and a tool for peace making. As the world confronts the COVID-19 pandemic, there is a greater responsibility for African nations to work towards proper democratization of the continent, as the promises of democracy are those that will foster peace and lead to inclusive and prosperous nations. Values such as justice, freedom, equality are better realised in democratic settings.

I always tell people that Africa missed out on the industrial revolution. Again, we are already lagging behind in the race to space. We therefore have no reason to fail our people in democracy. True democracy guarantees free, fair elections and peaceful transfer of power from one administration to another and it is within our capacity to achieve that.

Before the end of this year, five nations in West Africa alone are scheduled to hold Presidential elections. They include Ghana, Guinea, Cote d’Ivoire, Burkina Faso and Niger. That for me is a plus and an important step in the right direction.

However, holding regular elections alone does not really define democracy or guarantee good governance. We need to work on how to strengthen the pillars of democracy where they are weak, and enhance political stability across the continent.

You can always tell how credible or otherwise a democratic process has been from the level of protests, violence and the number of post-election litigations. For Africa to make more progress towards building liberal democracies, we should first take deliberate measures to strengthen the independence of the electoral management bodies.

I am also convinced that electronic voting will eliminate the worrisome issue of massive rigging and violence during elections because it will limit human presence during voting. It will bring an end to incessant deployment of miscreants during elections because there will be no room for ballot box stuffing or snatching. It is sad that in some places, these miscreants are even celebrated, because of the ignoble roles they play during elections. I should point out that a society where thugs become role models is doomed to fail.

As we commemorate this year’s International Day of Democracy, there is the need for Africans especially her leaders to evaluate the problems that have continued to beset us as a continent and take greater responsibilities towards addressing them. Democracy Day should not be another day for rhetoric and sloganeering, it should be a call to action and a day for commitment and responsibilities.

Political events in Africa in the last three years is a testimony to the fact that democracy on the continent is facing challenges; with the recent unconstitutional change of governments in Zimbabwe, Sudan and Mali. There is the need for all stakeholders, especially the African Union, (AU) and Economic Community of West African States (ECOWAS) and other sub regional bodies to put in frameworks that will check the receding image of our democracies.

Democratising Africa, goes beyond conducting elections, it must involve building strong and stable institutions that will translate into equality, access to justice and guarantee peace for all. With strong institutions, Africa will overcome the re-emergence of strongmen tendencies among our leaders, and poverty, insecurity, and inequality will be reduced.