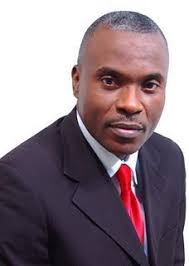 There is a dangerous brand of Christianity that is rising in Nigeria. It is one in which pastors have become deities that are all-knowing, infallible and untouchable. Whatever they say is right and whoever disagrees with them is an enemy of God that should be dealt with. It is a new era when a physical attack on Christianity or Christians is ignored, but a verbal attack or criticism of pastors is taken as war. The new 11th commandment in Nigeria now is: Thou shall obey your pastors totally and shall never counter anything they say lest thou burn in hell fire!

All through last week while Nigerians were killed in different parts of Nigeria, what occupied most Nigerians was the exchange between radio personality, Daddy Freeze (whose real name is Ifedayo Olarinde) and Pastor David Ibiyeomie, Senior Pastor of Salvation Ministries, over last week’s reaction of Daddy Freeze to Bishop Oyedepo’s message on marriage.

Bishop David Oyedepo had said in his message that the only way to have a fruitful marriage is total submission by the wife in line with Ephesians 5:22. He added: “Until it is in place, every other thing she tries to do will be out of place. A woman who refuses to submit to her husband is disobeying God. As a woman, you might even be a minister of the gospel, and your husband is not, the Word of God still says to submit yourself to him. A submissive woman is precious in the sight of her husband.”

Daddy Freeze, who a couple years ago started a campaign against the preaching on tithing and the like, released a video in which he disagreed with Oyedepo. In the video, Freeze said inter alia: “Dear Bishop Oyedepo, submission goes both ways. It’s not reserved for women alone; rather both the husband and wife must submit to one another.” He quoted Ephesians 5:21 to buttress his view: “Submit to one another out of reverence for Christ.”

Urging Christians never to pick only one verse in the Bible while looking at any issue, he condemned our patriarchal and misogynistic society and noted that Christ first loved the Church and laid down His life for the Church. Consequently, the Church is expected to submit to Christ. Similarly, the man should first love his wife unconditionally and be willing to lay down his life for her, before demanding submission from her.

Pastor David Ibiyeomie responded angrily to Daddy Freeze. He said among other things: “Insult me, I will take it but insulting Oyedepo…. That bastard, tell him any day I hear him talk about Oyedepo…. Do they know his father? Does Daddy Freeze have a father? Who is his father? That half-caste who was born by a Somalian! The day I will hear him insult Oyedepo again, I will deal with him.

“Oyedepo may not talk but I can’t be alive [and] you insult my father. Who gave birth to him? If he has a father, let him show us his father’s picture. Somebody they give birth to in the ship. Does he look like a Nigerian? He is a Somalian.

“You have been insulting my father and people are laughing. I will never be alive to see somebody insult my father. You are not born; you are not born. I will kill you. I will tear you to pieces. Me, I will arrest him.”

Not surprising, some people dug up a 2018 video of Daddy Freeze. In that video, he made a snide remark against Bishop Oyedepo as a “screeching bald-headed fowl,” adding that anybody who says that Jesus was not poor is a liar who has used the left hand to point at his Father and is therefore a “bastard.”

It was a smart way of balancing Ibiyeomie’s uncouth language with Freeze’s uncouth language and taking attention away from the topic. And it worked perfectly. All the videos of yesteryears Freeze released in which he used uncouth language against some particular pastors were dug out. Those who had been angry with his messages used it as an opportunity to descend on him. But it served him right. Any time someone has a message but uses uncouth language to pass it across, the person should expect a predictable result. Such messages will always be dug out and used against the person. Use of foul language is not a mark of fearlessness but a sign of immaturity.

Over the weekend, Freeze released a video in which he apologized for his foul language against Oyedepo in 2018, nothing that his language and attitude had “evolved” since then. It was a commendable action.

However, Pastor Ibiyeomie’s outburst and lack of compunction is what is surprising. How could a pastor stand in the church and call someone a bastard repeatedly, ridicule his profession as an inferior one, ridicule people because of their race and nationality, ridicule people with lower income as inferior, boast of his own wealth, threaten to use his influence to deal with another person and then threaten to kill and destroy another human being?

Interestingly, while Ibiyeomie engaged in his embarrassing and unchristlike outburst, many members of his congregation were heard in the video applauding him. Similarly, many people who call themselves Christians have justified his words as appropriate and have found convenient passages in the Bible to quote to support him.

Whether in anger or in calmness, one of the most insensitive comments a person can make is to call another person a bastard. It is even worse if the person who does that calls himself a pastor who works for Jesus Christ. A carnal, arrogant and insensitive person may call another a bastard because of emotional and spiritual immaturity, but for a man who calls himself a pastor, such a comment is disappointing.

A child has absolutely no blame in the illicit relationship between the parents. Anybody who denigrates that child is callous. Anybody who ridicules that child’s condition ridicules God. It is worse if that person claims to believe that God is the creator of all human beings.

One can criticise or ridicule thieves, dupers, fraudsters, rapists, etc, because they are the architects of their fate, but it is base to criticise or ridicule a person born with no hand or with Down syndrome or by unmarried couple or because of the person’s skin colour or gender or height.

Adults should be able to control their tongue even in the face of provocation. And even when they err, they should be humble to quickly apologize. In the eyes of a person with a conscience and the spirit of God, no child is a bastard. Such a word should never be uttered by any discerning person.

Furthermore, the brand of Christianity some pastors and their followers are creating is in total contrast to the message of peace, humility and forgiveness Jesus Christ brought to the world. It is a queer brand that sells fundamentalism, intolerance, hate, vengeance and haughtiness. And rather than looking unto Christ as the author and finisher of their faith, these sets of Christians now look unto their pastors as the authors and finishers of their faith, who are to be quoted, followed and defended instead of Christ. It is a dangerous trend that should be curbed.

However, it all boils down to failure of governance. Most of the things Nigerians pray and fast for and sow seeds to get come naturally to citizens of functional countries. The more government fails and poverty increases, the more people become despondent and helpless and seek somewhere to hang their hopes on. In such failing states, religion is presented as the ultimate anchor point. Charismatic religious leaders step into that void and control the thinking of desperate members.