Corps Members Can be Mobilised for War — DG NYSC 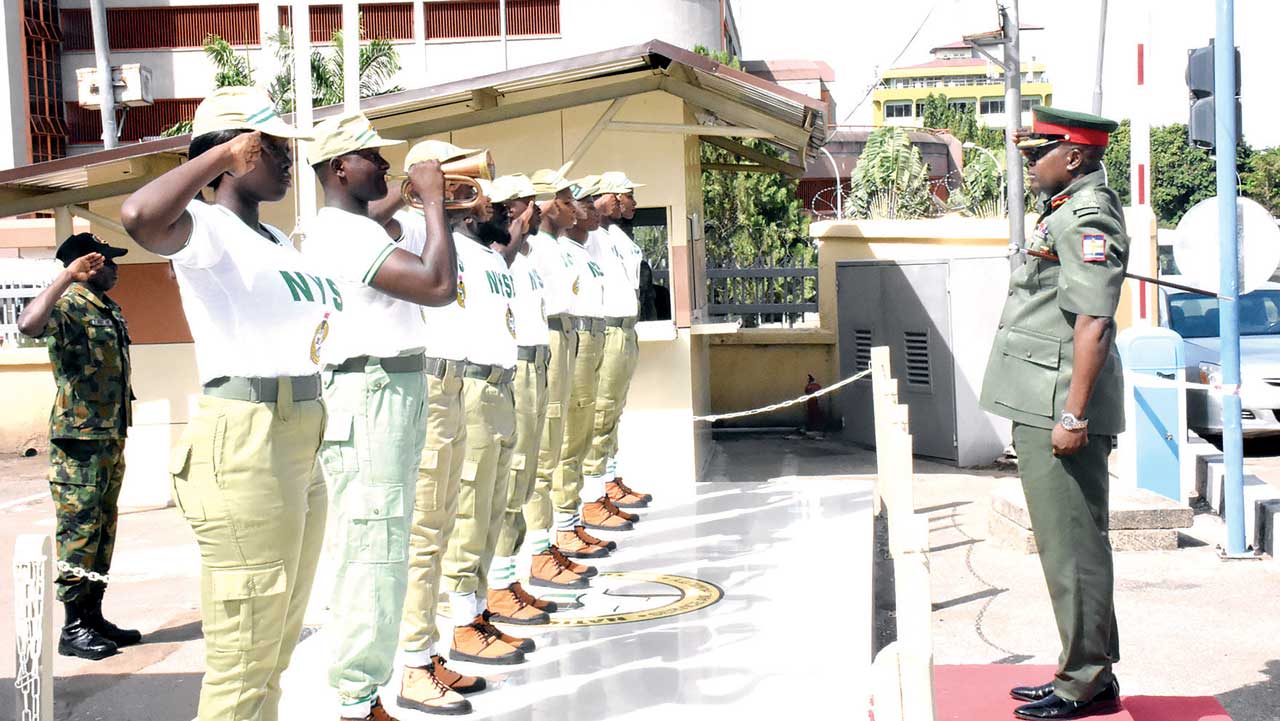 The Director-General of the National Youth Service Corps, Brig.Gen Shuaibu Ibrahim, says corps members are part of the National Defence Policy of Nigeria and so can be mobilised for war, if need be.
Ibrahim made the statement on Channels Television’s ‘Sunrise Daily’ programme on Wednesday while reacting to moves to scrap the NYSC scheme which is compulsory for all Nigerians who graduate before the age of 30.
The NYSC boss said, “Corps members are on reserve. They are part of the National Defence Policy of this country. So, where there is serious war, our corps members are educated, they are knowledgeable and they can be trained. You see the drill and so on.
“You can imagine within the short three weeks in the orientation camps, the corps members are moulded. They are like soldiers. You see female corps members blowing the army horn, playing with the military band.
“So, if not for their knowledge, where are you going to mobilise such young Nigerians to train them quickly to put in their best for the country? So, corps members are on reserve. They are also part of the National Defence Policy”
He said the NYSC is concerned about the security of corps members and that is why they have been advised not to move around at night. Ibrahim argued that the NYSC had become more important than ever in the face of the rising calls for secession.
The NYSC boss stated that he had advised corps members not to travel outside the states of their primary assignments or the country without the permission of the state coordinator. He added that corps members had been urged not to travel after 6pm and they are free to sleep at any corpers’ lodge while travelling.
Ibrahim said corps members had played a huge role in educating children in Internally Displaced Persons’ camps.
The NYSC boss maintained that the insecurity in the country was not enough reason to scrap the scheme, adding that till date, 75 per cent of corps members still serve in rural areas across the country.
He added that he had proposed a National Youth Trust Fund through which loans would be given to corps members to start businesses after completing the mandatory programme.
Ibrahim said the scheme had been able to foster national unity and cohesion, adding that many corps members had found love in the various orientation camps and married.
“There are a lot of inter-marriages. For most of our females, the history of their marriages can be traced to their service year because they meet their fiancées during their service year. I have had cause to attend such weddings and the NYSC supports such weddings,” he said.