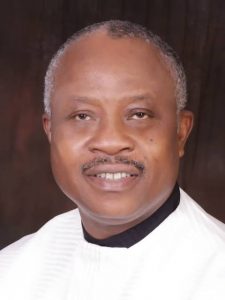 Leaders from all works of life gathered yesterday at Sheraton Hotel Abuja for the Centenary Celebration of former Premier of defunct Eastern Region, Dr. Michael Okpara. Participants lavished encomiums on the foremost statesman whose hand-on administration transformed the Eastern Region of Nigeria from a poor backward zone to one of the shinning lights of Africa in the early 60’s.

High Chief Ikechi Emenike, foremost publisher and a chieftain of the All Progressives Congress (APC) was among prominent Nigerians whose astute leadership qualities were recognized at the event as he was conferred with the Okpara Leadership Award for Entrepreneurial Excellence and Political Leadership.

Some of those who spoke at the event included Minister of Science and Technology, Dr. Ogbonnaya Onu; former Senate President, Senator Bukola Saraki; and Chairman of United Nigeria Airlines, Dr. Obiora Okonkwo.

In their speeches they implored political leaders to toe Okpara’s path by emulating his selfless and visionary leadership, and deepen good governance in the country. They also said Nigeria was in search of heroes like the late Premier.

Dr. Onu eulogized Okpara for providing quality leadership to the former Eastern Nigeria. He said: “Dr Okpara was a man of great vision. He built long lasting infrastructure. Politicians should emulate him. He was selfless. For us as a government, we are working hand-in-hand to build infrastructure for a great economy.  We must remember that a part of this country, the Eastern region, was the world’s fastest growing economy in those days, about 50 to 60 years ago. This gives us hope that the Nigerian economy can boom again not through commodities but human capital.”

In his keynote address, Saraki described Okpara as one of the greatest leaders Nigeria ever produced. He recalled that the agricultural programme of Eastern region under Okpara the most ambitious at that time.

Saraki, who was represented by his former Chief of Staff, Ladi Lawal, noted that Nigeria needed more Okparas in all its regions – East, West, North and South.

“We need more individuals in our public service like Sir Michael Okpara, who had foresight; we need leaders that seek solutions to the pressing issues of the day. We need men and women in positions of influence, who approach governance with a clear vision, a sign of unwavering courage to do what is right and the clarity of thought and accuracy in action to develop policies and execute them to better the lives of our people,” he said.

Okonkwo, governorship aspirant in Anambra State, said Okpara never had a political godfather, but was able to situate developmental projects across the region. He promised to replicate Okpara’s legacies, and even do more, if elected governor of Anambra on November 6, this year when the state governorship poll would come up. “I am fired by the zeal to change the narrative in Anambra State and the South East. Our people seem entrapped. They seek a new leadership; one that will inspire them to do more for themselves and their various communities,” he said.

Uzodimma Okpara, son of the late Premier who spoke for the family, noted that one of the most outstanding achievements of their patriarch was what he did in the area of economic development through harnessing the agriculture potential of the region.

Okpara, the late Premier of Eastern Nigeria was a medical doctor and former member of Eastern Nigerian House of Assembly on the ticket of the National Council of Nigerian Citizens (NCNC). He replaced Rt. Hon. Dr. Nnamdi Azikiwe as Premier of the region and served in that capacity from November 1959 to January 1966. A native of Umuegwu-Okpuola, Afugiri, Umuahia North Local Government Area, in present day Abia State, Okpara died in December 1984.