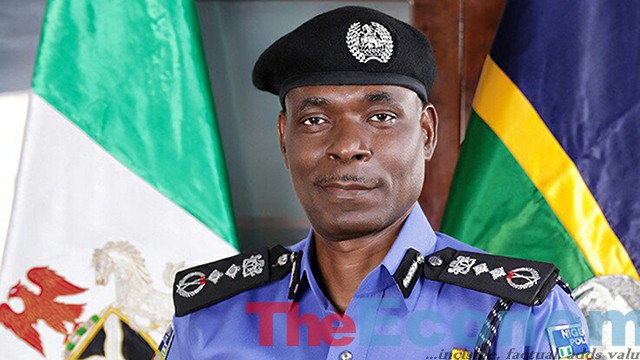 Community policing has been kick-started in Kaduna, Kebbi and Sokoto states.

In Kaduna, 272 Police constables passed out from the training school on Tuesday.

He said there would be a second phase of the training and passing out of the Constabulary to enhance security monitoring in the state.

El-Rufai said: “You are trained to be our eyes in security issues in the state, so to whom much is given, much is expected. You are expected to help security agencies to ensure peace in the State because without peace there can never be development. You are expected to be good ambassadors of your community, be civil and upright in your conducts. You are also expected to play your role to protect lives and property in the state. Don’t put us to shame, you have to justify the confidence reposed in you.

“Together we will surmount the security challenges, it is a critical issue that we don’t need to play with it to ensure peaceful coexistence.”

Kaduna Commissioner of Police Umar Muri said the passing out parade was part of activities for the formal handing over of the special Constabulary to the state government.

CP Muri said the special police would be sent to various local government areas in the state where respective Divisional Police Officer (DPO) would give them further instructions as to the line of their duty.The police boss warned them to carry out their duty with the fear of God, saying: “You should have the fear of God in your heart because you are representing a community. If you are a Muslim, be a good Muslim, and if you are a Christian, be a good Christian.”

Speaking in Sokoto, Inspector-General (IG) Mohammed Adamu said community policing system was adopted to augment the shortage of manpower in the Police force.

“Therefore, the need to recruit about 40,000 of special constabulary nationwide to serve as the supporting arm of the police to combat insurgency and other crimes,’’ Adamu said.

Represented by the Assistant Inspector-General (AIG) Zone 10, Mr Muhammad Mustapha, the IG urged the new constables to imbibe patriotism and prepare themselves for more training and service to the nation.

“You are all being trained and told how to secure yourselves because safety security is very important. And I expect all of you to observe the rules of engagement.

“The tasks before you are enormous, looking at what we are going through on banditry, cattle rustling, kidnapping and insurgency, among other crimes.’’

Sokoto State Governor Aminu Tambuwal, who was represented by the Permanent Secretary, Carrier and Security Matters, Abdulkadir Ahmed, said the state would continue to place a priority on security issues.

He congratulated the new constables, urging them to ensure more commitment to protect their community with professionalism as enshrined in the law.

Kebbi State Governor Abubakar Bagudu of Kebbi, who was represented by his Special Adviser on Security Matters, Rabiu Kamba, expressed confidence that with the community policing in place, the society would be well secured.

“As it is today, I am glad to report that 703 are now cleared and given the IG’s approval to serve as Special Constables. From the figure, Kebbi State has 336 while Sokoto has 367,’’ he said.

Kebbi State Police Commissioner Mr Ibrahim Kaoje said the command would provide all necessary tools to the new constables to enable them to exercise their mandate.