The Federal Government has declared January 2021 as a month to campaign for the importance of the African Continental Free Trade Area Agreement (AfCFTA) in Nigeria. The Minister of Industry, Trade and Investment, Otunba Adeniyi Adebayo made the declaration ahead of January 1, 2021 take off the AfCFTA while calling on Nigerians, particularly industrialists to take advantage of the inherent opportunities to promote Made-in-Nigeria goods. 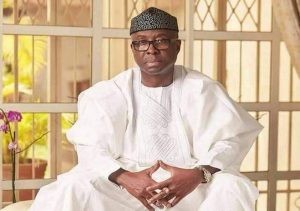 In a statement by his Special Assistant on Media, Ifedayo Sayo, the Minister said Nigeria cannot afford to be left out of the emerging African economic block, stressing that AfCTA will form a 3.4 trillion dollars economic bloc, which in
Nigeria must play a leading role.

The African Continental Free Trade Area Agreement (AfCFTA), the world’s largest free trade area in terms of 54 participating countries, will commence on January 1, 2021. The commencement date will signal the beginning of the
implementation of a single continental market for goods and services, with free movement of business persons and investments across Africa. According to the Minister, “The journey started on July 7, 2019 when Nigeria became the 53rd African country to sign the AfCFTA treaty. Long before then, it had always been the dream of Nigeria and Africa’s founding fathers to unite the continent in one, shared prosperity.

“We have worked tirelessly to ensure that Nigeria not only partake as a signatory in name, but becomes a major trade and economic power house, even more than we have been within the ECOWAS sub-region.” Also speaking on readiness measures taken by government towards the effective implementation of AfCFTA, the Secretary, National Action Committee on AfCFTA, Francis Anatogu said, “We are effectively coordinating with all critical stakeholders to ensure a smooth playing field for Nigerian traders and business men to explore the vast markets that will be opened up come January 1st 2021.

“We are set to commence a major communication campaign and have tagged January 2021 as AfCFTA Awareness and Sensitization month, which will take place across the six geopolitical zones, and will involve various stakeholder groups in public, private and civil society sectors, as well as other critical traditional
institutions.”

Meanwhile, the United Nations Economic Commission for Africa (UNECA) says the AfCFTA should be made to work as it is the continent’s only path to sustainable development, a senior David Luke, coordinator of the ECA’s African
Trade Policy Centre (ATPC), is quoted as saying “Let’s not underestimate the importance of this AfCFTA initiative. There’s no plan B; we have to make the AfCFTA work.” Luke said that “all societies only developed when their productive capacities, productivity and competiveness were expanded, driven by trade, and Africa could not be an exception.”

According to Luke, revenues from trade were in multiples of receipts from sources like investments, remittances, foreign direct investment and foreign aid. The AfCFTA aims to create the world’s largest free trade area with the potential that brings together more than 1.2 billion people with a GDP of over 2.5 trillion U.S. dollars and usher in a new era of development, according to figures from the UNECA.

The continental free trade pact is said to offer a greater potential to a range of benefits through economy of scale, trade creation, structural transformation, productive employment, and poverty reduction. Established on May 30 2018, the agreement has been signed by 54 AU member countries and ratified by 34 AU member countries, including Nigeria in December 2019 and November 2020 respectively. AfCFTA is expected to help expand Nigeria’s inter- trade portfolio, boost competitiveness and increase GDP.