The Australian state of Victoria said on Tuesday that it will host the 2026 Commonwealth Games, with all sporting events taking place outside the state capital Melbourne and scattered across several towns.

The state’s premier Daniel Andrews praised the Commonwealth Games Federation for embracing Victoria’s pitch, admitting that its model is “a bit riskier than just running it in the middle of a large city”. 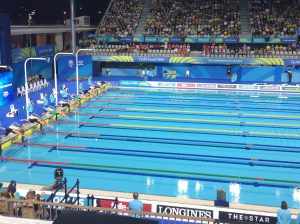 The 2026 Games will be held in four regional hubs across the state in the towns of Geelong, Ballarat, Bendigo and Gippsland, each with its own athletes’ village.

The Commonwealth Games Federation’s president Louise Martin described Victoria’s pitch as “a bold and innovative vision” for the multisport event, which takes place every four years.

“In Victoria we believe we have found the perfect partner for the next stage of our journey,” she said.

The state has confirmed 16 sports for the Games so far.

Geelong will host aquatics, gymnastics, triathlon, hockey, beach volleyball and table tennis, while Ballarat will be home to athletics and boxing.

Netball, weightlifting, squash and lawn bowls will be played in Bendigo, with badminton and rugby sevens centred in Gippsland.

Cycling will be between Gippsland and Bendigo, and Twenty20 cricket played across all four hubs.

The opening ceremony will be held at Australia’s largest sports stadium, the Melbourne Cricket Ground, which can hold more than 100,000 spectators.

The Australian Olympic Committee’s chief executive Matt Carroll noted that more than “30 major global sporting events are coming to Australia across the next 10 years”.

That includes the Summer Olympics in Brisbane in 2032.

“We have spoken about the green and gold runway leading into Brisbane 2032. Now to host a Commonwealth Games in 2026 is a major marker on that runway,” Carroll said.

Australia will also host the FIFA Women’s World Cup, along with New Zealand, next year.

Australia is the preferred candidate for the men’s and women’s rugby World Cups in 2027 and 2029, respectively.

Andrews said the 2026 Commonwealth Games were expected to bring a “$3 billion boost to the Victorian economy”, which had to weather long lockdowns during the Covid-19 pandemic.

It will be the sixth time that Australia has staged the Commonwealth Games and the second time in Victoria, after Melbourne hosted the 2006 event.

Australia’s Gold Coast in Queensland was home in 2018 to the last edition of the “Friendly Games”, as the Commonwealth Games are also known.

The Games typically attract more than 4,000 athletes from the 54 nations of the Commonwealth, almost all of whom are former territories of the British Empire.

The 2022 Commonwealth Games are due to be held in Birmingham, England, from July 28 to August 8.