Louis van Gaal confirmed he has successfully undergone treatment for prostate cancer following the revelation of his diagnosis.

The Netherlands coach had announced he was suffering from the illness on a Dutch television show earlier this month. 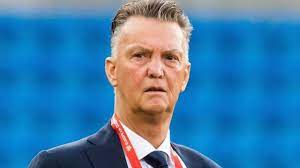 The news raised questions over whether Van Gaal would be well enough to lead the Oranje at this year’s FIFA World Cup.

The event is set to take place in Qatar from November 21 to December 18.

But now the ex-FC Barcelona and Manchester United manager has revealed he has successfully received a course of action against the cancer.

“I’ve been through everything,” the 70-year-old said. “I had 25 radiation treatments. Then I had to wait five or six months to see if it had done its job. It did.”

Van Gaal will step down after he has led his country at Qatar 2022, with the Oranje boss looking to better his third-place finish in charge at Brazil 2014.

It will bring the curtain down on his third spell at the helm of the national team, with another former manager in Ronald Koeman set to replace him.

Netherlands next face Belgium, Wales and Poland in the UEFA Nations League which kicks off in June.