THERE is a growing concern among stakeholders in the ruling All Progressives Congress (APC) over the list of delegates expected to participate at its presidential primary between May 30 and 31.

The claim by some of the stalwarts is that the list submitted by state chairmen of the party to the national secretariat for the conduct of the convention held on March 26 in Abuja was suspect, due to a number of factors. 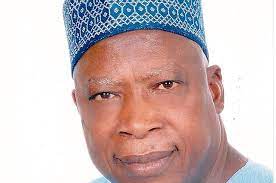 Unofficial reports put number of delegates that will participate in the presidential convention of the APC in about five weeks from now at 7,800.

According to the APC timetable of programmes and activities for the primaries, the congress to elect state and national delegates will hold between May 7 and 9.

Two of the major grouse of the party chieftains is that the document contained the names of some party members that left the party out of their volition or ceased being members due to circumstances beyond their control, including death.

Some party source said the planned election of delegates coming up about two weeks might not hold in some states where there is little or no disputes over the list of delegates.

Another source however claim that the list required a through surgical operation or clean in order to have a valid and authentic list of delegates to the convention to pick the standard bearer of the party for the February 25 general election.

There has been confusion over the list of delegates from the Oyo State chapter of the party, which necessitated the intervention of the national body with the aim of harmonising the document. A similar crisis rocks APC chapters in Benue, Plateau, Ogun, Rivers, Imo, Zamfara, Lagos and Kano.

Another complaint is that the list was literally tinkered with by those that compiled it before it was submitted to the then Yobe State Governor Mai Mala Buni-led caretaker/ Extraordinary Convention Planning Committee (CECPC) with the names of some categories of party members that were not qualified as delegates.

For instance, some party leaders said they were amazed when they found ‘delegates’ who fell under such category at the Eagle Square, venue of the March 26 convention with tags to gain entry. There were claims that some of them colluded with officials at the state level to smuggle their names into the list.

According to sources, the development reportedly resulted in a corrupted list of delegates in some states, while in others, some qualified delegates were technically disenfranchised. It was also alleged that a number of party members who left the party more than a year ago still had their names in the list of delegates used for the last convention.

Virtually all the 17 aspirants seeking the APC ticket for the presidency are currently crisscrossing states to lobby prospective delegates ahead of the primary.

The categories of delegates from states allowed under the APC Constitution include governors and their deputies; former governors and ex-deputies; non-carrier ambassadors; present and former members of the National Assembly elected on APC ticket.

However, the constitution of the party only allows past and present principal officers of state Houses of Assembly in line with the provisions of the new Electoral Act. In other words, serving and former members of state Houses of assembly are excluded from being delegates, whereas such names were contained in the list of delegates for the recent convention that elected substantive national officers of the APC.

“During accreditation, personal identification card was required, but with huge cash, those saddled with the accreditation will ordinarily surrender the delegate tags to whoever pays higher,” the top party source alleged.

The source cited the case of a state in the North-Central, where the list of delegates contained the names of people that defected to other political parties more than a year ago and those members of the APC that had passed on.

The names of former principal officers of the legislature were said to have been excluded from the list.

“There is nowhere under this article or in any other parts of the APC Constitution that enables all former members of the state Houses of Assembly to be delegates at any level, be it at ward, Local government, state, zonal or national convention,” the source stated.