Governor Bala Mohammed of Bauchi State and former president of the Senate, Bukola Saraki, are standing resolutely on the outcome of the former military president, General Ibrahim Babangida-brokered consensus arrangement for northern presidential aspirants under the Peoples Democratic Party (PDP).

Both of them were picked as the north’s consensus candidates out of four aspirants that were said to have initially subjected themselves to the process. 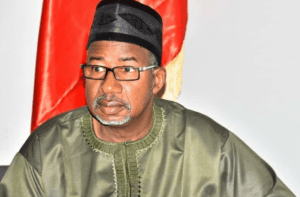 The others are: Governor Aminu Tambuwal of Sokoto State and a former bank managing director, Muhammed Hayatu-Deen, both of whom have now dissociated themselves from the initiative.

However, Governor Aminu Tambuwal of Sokoto State, through his campaign organization, had disowned the supposed endorsement.

According to the statement, “This is, to be candid and forthright, not correct. The correct situation is that the team met on Wednesday 20th April, 2022, at Bauchi Governor’s lodge in Abuja and had a review meeting; and, unanimously agreed that the consensus arrangement was not working.

“For the avoidance of doubt, Governor Tambuwal has submitted his presidential nomination forms and now that the quest for a consensus candidate out of the four has clearly collapsed, will go ahead and face screening and indeed contest the PDP presidential primaries.

“This is in consonance with his acclaimed outlook as a pan-Nigerian candidate, with pedigree of national service as the Speaker of the Federal House of Representatives, life member of the Body of Benchers and now in his second and final term as Governor of Sokoto State.”

However, both Mohammed and Mohammed have come out in strong defence of the consensus arrangement and the choice made by the Babangida-led northern elders.

The Bala Mohammed Campaign Organisation, on Sunday, also absolved the former military president of any blame, explaining the role he played in the process.

The organisation advised those who are not happy with the outcome or did not participate in the process to press on with their individual ambitions rather than throwing muds.

Speaking for the Bauchi governor, his campaign spokesman, Professor Udenta Udenta said: “We wish to place it on record that General Babangida never approached nor lobbied anybody to superintend the process that will lead to the emergence of a Consensus Presidential Aspirant.

“Rather it was the group of presidential aspirants made up of Senator Bala Mohammed, Honourable Aminu Tambuwal. Senator Bukola Saraki and Alhaji Mohammed Hayatu-Deen that collectively, freely and willingly approached General Babangida to help select from amongst themselves a consensus presidential aspirant.

“The above four named individuals not only initiated the consensus arrangement on their own volition but also agreed to fully and unequivocally abide by the decision that General Babangida will arrive at in consultation with other elders as well as accept, honour the steps and procedures he will deploy in arriving at any decision.

“We therefore reject the current insinuations in the media from some quarters that purport that General Babangida and the elders either did not consult very widely or imposed a decision on an unwilling band of presidential aspirants.

“General Babangida and the elders deserve nothing but commendation for the conclusions they reached and the outcome of the consensus exercise by anybody who believes in the tenets of truth, honour and integrity.”

In the same way, Saraki hailed the process that selected him and Mohammed as the northern PDP consensus candidates as a welcome development.

Speaking through his media aide, Yusuf Olaniyonu, he maintained that the decision was based on equity, justice and the need for inclusion.

“It is a welcome development. The process that eventually led to this decision cannot be faulted. It was pain-staking, thorough and transparent. One needs to commend and appreciate the elders who worked to actualise the process. May Allah bless them all.

“Their decision was based on equity, justice, and need for inclusion of all. Yes, one consensus candidate has not emerged but they have initiated a process which can help the party later on. The process is a work-in-progress. One person will still emerge from the on-going process here in the North.

“The South also has an example to emulate in deciding on the aspirants that should proceed to the primaries considering the zones that have not produced a President before like the South East. A nation like Nigeria with the entire current problems needs consensus building as a way of healing the nation and enlarging grounds of co-operation, unity and understanding,” Saraki stated